What could be as alluring as a lady in red? A gentleman in red, finds a multicultural study published Aug. 2 in the Journal of Experimental Psychology: General.

Simply wearing the color red or being bordered by the rosy hue makes a man more attractive and sexually desirable to women, according to a series of studies by researchers at the University of Rochester and other institutions. And women are unaware of this arousing effect.

The cherry color's charm ultimately lies in its ability to make men appear more powerful, says lead author Andrew Elliot, professor of psychology at the University of Rochester. "We found that women view men in red as higher in status, more likely to make money and more likely to climb the social ladder. And it's this high-status judgment that leads to the attraction," Elliot says.

Why does red signal rank? The authors see both culture and biology at work. In human societies across the globe, red traditionally has been part of the regalia of the rich and powerful. Ancient China, Japan and sub-Saharan Africa all used the vibrant tint to convey prosperity and elevated status, and Ancient Rome's most powerful citizens were literally called "the ones who wear red." Even today, the authors note, businessmen wear a red tie to indicate confidence, and celebrities and dignitaries are feted by "rolling out the red carpet."

Along with this learned association between red and status, the authors point to the biological roots of human behavior. In non-human primates, like mandrills and gelada baboons, red is an indicator of male dominance and is expressed most intensely in alpha males. Females of these species mate more often with alpha males, who in turn provide protection and resources.

"When women see red it triggers something deep and probably biologically engrained," explains Elliot. "We say in our culture that men act like animals in the sexual realm. It looks like women may be acting like animals as well in the same sort of way."

To quantify the red effect, the paper analyzed responses from 288 female and 25 male undergraduates to photographs of men in seven different experiments. Participants were all self-identified as heterosexual or bisexual. In one color presentation, participants looked at a man's photo framed by a border of either red or white and answered a series of questions, such as: "How attractive do you think this person is?"

Other experiments contrasted red with gray, green, or blue. Colors were precisely equated in lightness and intensity so that test results could not be attributed to differences other than hue.

In several experiments, the shirt of the man in the photographs was digitally colored either red or another color. Participants rated the pictured man's status and attractiveness, and reported on their willingness to date, kiss, and engage in other sexual activity with the person. They also rated the man's general likability, kindness, and extraversion.

The researchers found that the red effect was limited to status and romance: red made the man seem more powerful, attractive, and sexually desirable, but did not make the man seem more likable, kind, or sociable. The effect was consistent across cultures: undergraduates in the United States, England, Germany, and China all found men more attractive when wearing or bordered by red.

And the effect was limited to women. When males were asked to rate the attractiveness of a pictured male, color made no difference in their responses.

Across all the studies, the influence of color was totally under the radar. "We typically think of color in terms of beauty and aesthetics," say Elliot. "But color carries meaning as well and affects our perception and behavior in important ways without our awareness."

In earlier work, Elliot documented that men are more attracted to women in red. But the red effect depends on the context. Elliot and others have also shown that seeing red in competitive situations, such as IQ tests or sporting events, leads to worse performance.

The research was funded by the Alexander von Humboldt Foundation and an Excellence Guest Professorship at the University of Munich.

The University of Rochester (www.rochester.edu) is one of the nation's leading private universities. Located in Rochester, N.Y., the University gives students exceptional opportunities for interdisciplinary study and close collaboration with faculty through its unique cluster-based curriculum. Its College, School of Arts and Sciences, and Hajim School of Engineering and Applied Sciences are complemented by its Eastman School of Music, Simon School of Business, Warner School of Education, Laboratory for Laser Energetics, Schools of Medicine and Dentistry, and Nursing, and the Memorial Art Gallery. 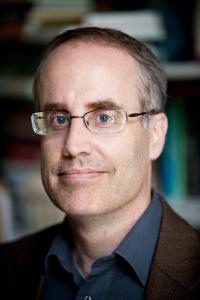