A new study by Thomas Le Barbanchon and Julien Sauvagnat, two Associate Professors at Bocconi University, published in the Journal of the European Economic Association, finds that electoral districts with a larger gender pay gaps show favoritism toward male political candidates in Parliamentary elections, with fewer female candidates on the ballot.

Professors Le Barbanchon and Sauvagnat gathered data for seven parliamentary elections in France between 1988 and 2017. They studied candidates from the Left and Right political coalitions, which account for 80% of elected members of Parliament. The researchers consulted administrative and web data on candidates and electoral outcomes, survey data on voters' attitude towards gender, as well as census data on earnings, and voters' demographics across electoral districts.

Analysis found that female candidates made up approximately 15% of all Parliamentary candidates in the 1980s and 1990s. The figure doubled to nearly 30% following the implementation of the Parity Law in 2000, which stipulated that each party should have an equal fraction of male and female candidates across electoral districts in Parliamentary elections. Noncompliance with the parity rule results in a financial penalty to the public funding provided to political parties.

Researchers analyzed local gender pay gaps compared to voting support for male and female candidates in the same electoral districts. "We found a positive and strong correlation between gender earnings gaps and electoral gaps across municipalities of the same electoral district: a €150 increase in gender monthly earnings gap leads to an increase by 0.6 percentage points in vote share gap between male and female candidates," Professor Le Barbanchon said.

Indeed, researchers found that voters' attitudes towards gender are strongly associated with the gender distribution of candidates across electoral districts within France. A 10 percentage points increase in survey respondents who thought that men were better political leaders than women correlated with a 2.3 percentage points decrease in the share of female candidates.

Researchers concluded that in districts with strongest electoral competition, the electoral cost of selecting women outweighs the cost of the financial penalty under the Parity Law. When voters are biased against female candidates, electoral competition limits the effectiveness of "soft" quota rules on candidates. In the last Parliamentary election (17 years after the Parity rule was introduced) the two main political parties still selected an average of 40% of female candidates, significantly below the 50% objective of the Parity Law.

"Overall, we find that parties allocate female candidates across districts strategically," the authors concluded. "This is very clear after the introduction of the Parity Law. Then parties avoid putting women on the ballot of the most contested districts. In such districts, voters biased against female politicians may lead women to lose the few votes that matter for winning the close race, and parties internalize this competitive disadvantage."

Journal of the European Economic Association 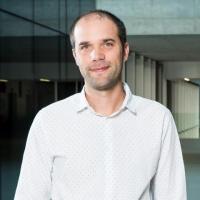