After nearly 25 years of searching, three scientists have finally found Waldo. No, not the loveable bespectacled character in children's picture books, but rather an unusual clam discovered off the coast of California and British Columbia.

Paul Valentich-Scott from the Santa Barbara Museum of Natural History, and Diarmaid Ó Foighil from the University of Michigan, Museum of Zoology first began discussing this unusual clam back in 1989. Valentich-Scott discovered his strange specimens off the coast of Santa Barbara and Morro Bay, California, while Ó Foighil uncovered his while trawling for invertebrates off Vancouver Island, British Columbia.

At a scientific conference Valentich-Scott and Ó Foighil were chatting about clams during a break in the proceedings. As they were discussing new discoveries, the light went off. They had discovered the same new species, at the same time, but over 1,000 miles apart.

Neither scientist could identify the animal, and both were amazed by its thin, translucent shell and long willowy tentacles. Ó Foighil was able to collect and observe living specimens of the new species. 'We were looking closely at sea urchins and noticed something crawling on the fine spines covering the urchin body', declared Ó Foighil. 'We were amazed to see that there were minute clams crawling all over the sea urchin.'

Thus two decades of research began, trying to understand and formally describe this new animal. 'We never anticipated this would be such a long project', Valentich-Scott exclaimed. 'But every time we started in one direction we hit a wall and needed to begin again.'

Rescue finally came from doctoral student Jingchun Li at the University of Michigan, Ann Arbor. Li is a specialist in clam DNA. She was able to amplify the DNA of the new species and compare it to other similar species. 'We were pleased to see the new species was very distinct genetically', said Li. 'However we were surprised to find that its closest relative was from the South Atlantic Ocean off Argentina.' Valentich-Scott and Ó Foighil invited Li to collaborate on the final publication.

Valentich-Scott stated, 'This is a very peculiar animal, they only seems to live on the spines of one type of sea urchin in a commensal relationship. We found it ironic that the new species was in the genus Waldo and just couldn't help but ask, "Where's Waldo?"' 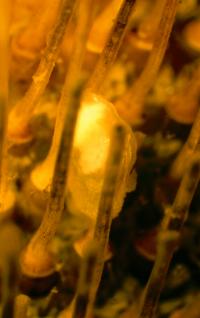 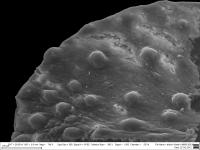