Montreal, March 1, 2011 – Although Edith Piaf defiantly sang, "Non, je ne regrette rien," most people will have their share of regrets over their lifetime. Indeed, anyone who seeks to overcome disappointments should compare themselves to others who are worse off – rather than looking up to folks in more enviable positions – according to a new study from Concordia University. Published in the journal Personality and Social Psychology Bulletin, these findings have implications for both young and old.

"Our study examined how younger and older adults cope with life regrets," says lead author Isabelle Bauer, who completed her PhD in Concordia's Department of Psychology and the Centre for Research in Human Development. "One common coping mechanism was through social comparisons, which can be both good and bad, depending on whether people think they can undo their regrets."

"Generally if people compare themselves to those who are worse off, they're going to feel better," continues Bauer, now a research associate at the Sunnybrook Health Sciences Centre and a clinical psychologist at Cognitive Behavioural Therapy Associates of Toronto. "When they compare themselves to people who are better off, it can make them feel worse."

Looking towards others who are worse off can also have a marked effect on physical health: Participants who used downward social comparisons reported experiencing fewer cold symptoms. Overall, they reported a positive effect on their emotional well-being over the months that followed.

"The emotional distress of regrets can trigger biological disregulation of the hormone and immune systems that makes people more vulnerable to develop clinical health problems – whether a cold or other potentially longer-term health problems. In this study, we showed that downward social comparisons can improve emotional well-being and help prevent health problems," says senior author Carsten Wrosch, a professor in Concordia's Department of Psychology and a member of the Centre for Research in Human Development.

The study recruited 104 adults of various ages who completed a survey about their greatest regrets – which ranged from not spending enough time with their family to having married the wrong person. Participants were then asked to report how the severity of their own regrets compared to the regrets of other people their age.

Unlike findings from previous studies on the same topic, age did not determine how effectively people reconciled their life regrets. "The effectiveness of coping mechanisms depended more on an individual's perceived ability to change their life regret than on their age," says Bauer. "Moving on and being able to maintain good emotional well-being depends greatly on an individual's opportunity to correct the cause of their regrets."

"Making Up for Lost Opportunities: The Protective Role of Downward Social Comparisons for Coping With Regrets Across Adulthood," published in the journal Personality and Social Psychology Bulletin, was authored by Isabelle Bauer and Carsten Wrosch of Concordia University

This work was supported by the Canadian Institutes of Health Research and the Social Sciences and Humanities Research Council of Canada. 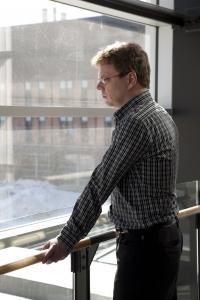