WASHINGTON-(Jan. 29, 2020)-When pregnant women experience elevated anxiety, stress or depression, these prenatal stressors can alter the structure of the developing fetal brain and disrupt its biochemistry - even if these women have uncomplicated pregnancies and high socioeconomic status, according to Children's National Hospital research published online Jan. 29, 2020, in JAMA Network Open.

"Previously we found that 65% of pregnant women who received a diagnosis of fetal congenital heart disease had elevated levels of stress. It's concerning but not surprising that pregnant women who wonder if their baby will need open heart surgery would feel stress," says Catherine Limperopoulos, Ph.D., director of the Center for the Developing Brain at Children's National and the study's senior author. "In this latest study, we ran the same panel of questionnaires and were surprised to find a high proportion of otherwise healthy pregnant women whose unborn babies are doing well also report high levels of stress."

Anxiety and depression are the most common mental health problems during pregnancy. To learn more about the implications for the developing fetal brain, the Children's National research team recruited 119 healthy volunteers with low-risk pregnancies from obstetric clinics in Washington, D.C., from Jan. 1, 2016, to April 17, 2019. The women's mean age was 34.4 years old. All were high school graduates, 83% were college graduates, and 84% reported professional employment.

The team performed 193 fetal brain magnetic resonance imaging (MRI) sessions between 24-40 weeks gestation and measured the volume of the total fetal brain as well as the cortical gray matter, white matter, deep gray matter, cerebellum, brainstem and hippocampus volumes. On the same day as their MRI visit, the pregnant women completed validated questionnaires to measure maternal stress, anxiety and depression, answering questions such as "how do you feel right now," "how do you generally feel" as well as the degree of stressful feelings they experienced the month prior.

Of the pregnant women in the study:

"We report for the first time that maternal psychological distress may be associated with increased fetal local gyrification index in the frontal and temporal lobes," says Yao Wu, Ph.D., a research associate working with Limperopoulos at Children's National and the study's lead author. "We also found an association with left fetal hippocampal volume, with maternal psychological distress selectively stunting the left hippocampal volumetric growth more than the right. And elevated maternal depression was associated with decreased creatine and choline levels in the fetal brain," Wu adds.

"These women were healthy, and of high socioeconomic status and educational level, leading us to conclude that the prevalence of prenatal maternal psychological distress may be underestimated," Limperopoulos adds. "While stress is an everyday reality for most of us, this is different because elevated stress during pregnancy can alter fetal brain programming. Our findings underscore the critical need to universally screen all pregnant women for prenatal psychological distress, even young mothers whose pregnancies wouldn't otherwise raise red flags."

Financial support for the research described in this post was provided by the National Institutes of Health under grant No. RO1 HL116585-01 and the Thrasher Research Fund under Early Career award No. 14764. 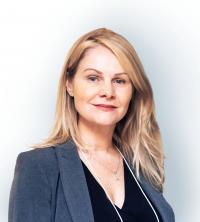 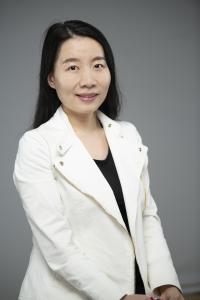