New York, NY--April 15, 2015--A research team led by Shree K. Nayar, T.C. Chang Professor of Computer Science at Columbia Engineering, has invented a prototype video camera that is the first to be fully self-powered--it can produce an image each second, indefinitely, of a well-lit indoor scene. They designed a pixel that can not only measure incident light but also convert the incident light into electric power. The team is presenting its work at the International Conference on Computational Photography at Rice University in Houston, April 24 to 26.

"We are in the middle of a digital imaging revolution," says Nayar, who directs the Computer Vision Laboratory at Columbia Engineering. He notes that in the last year alone, approximately two billion cameras of various types were sold worldwide. "I think we have just seen the tip of the iceberg. Digital imaging is expected to enable many emerging fields including wearable devices, sensor networks, smart environments, personalized medicine, and the Internet of Things. A camera that can function as an untethered device forever--without any external power supply--would be incredibly useful."

A leading researcher in computational imaging, Nayar realized that although digital cameras and solar panels have different purposes - one measures light while the other converts light to power - both are constructed from essentially the same components. At the heart of any digital camera is an image sensor, a chip with millions of pixels. The key enabling device in a pixel is the photodiode, which produces an electric current when exposed to light. This mechanism enables each pixel to measure the intensity of light falling on it. The same photodiode is also used in solar panels to convert incident light to electric power. The photodiode in a camera pixel is used in the photoconductive mode, while in a solar cell it is used in the photovoltaic model.

Nayar, working with research engineer Daniel Sims BS'14 and consultant Mikhail Fridberg of ADSP Consulting, used off-the-shelf components to fabricate an image sensor with 30x40 pixels. In his prototype camera, which is housed in a 3D printed body, each pixel's photodiode is always operated in the photovoltaic mode.

The pixel design is very simple, and uses just two transistors. During each image capture cycle, the pixels are used first to record and read out the image and then to harvest energy and charge the sensor's power supply--the image sensor continuously toggles between image capture and power harvesting modes. When the camera is not used to capture images, it can be used to generate power for other devices, such as a phone or a watch.

Nayar notes that the image sensor could use a rechargeable battery and charge it via its harvesting capability: "But we took an extreme approach to demonstrate that the sensor is indeed truly self-powered and used just a capacitor to store the harvested energy."

"A few different designs for image sensors that can harvest energy have been proposed in the past. However, our prototype is the first demonstration of a fully self-powered video camera," he continues. "And, even though we've used off-the-shelf components to demonstrate our design, our sensor architecture easily lends itself to a compact solid-state imaging chip. We believe our results are a significant step forward in developing an entirely new generation of cameras that can function for a very long duration--ideally, forever--without being externally powered."

The research was funded by Office of Naval Research.

A camera that powers itself! 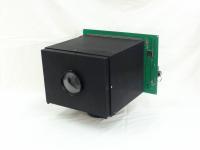 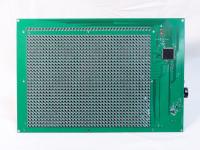