It's likely that billions of people are unaware they have been infected with parasitic worms. A UC Riverside scientist has won $1.8 million to try and understand why.

The National Institutes of Health granted an Outstanding Investigator Award to Adler Dillman, an assistant professor of parasitology, so he can shed light on the mystery of worm infections that escape detection by human immune systems.

By some estimates, nearly a quarter of the world's population is infected with various types of microscopic worms, or nematodes, with effects ranging from cognitive impairment and blindness to debilitation, elephantiasis, and death.

Examples include hookworm, which thrives in the American South, causing developmental delays and anemia; and pinworms, which commonly infect children and child care workers with an itchy perianal-area rash.

"You can have a person riddled with infection who never realized there's a 2-centimeter-long worm in their eye and thousands of parasites in their blood," Dillman said. "The immune system never signaled something was wrong. How is that possible? We know very little about how that works."

Dillman is focused specifically on the proteins that nematode spit releases into hosts during an infection.

Scientists know the venom alters the immune system of a host and somehow helps the worms avoid detection. However, there are hundreds of proteins released in nematode venom during an infection, and only about 10 have been characterized and understood.

"It's easy and inexpensive to work with flies, and there is much less red tape associated with them compared to vertebrates," Dillman said. "Though we're working with flies, this work has real potential to impact human health."

Unlike other grants, the Outstanding Investigator Award funds a research program rather than a specific project. This increases the flexibility for scientists to follow new research directions as opportunities arise instead of adhering to objectives proposed in advance of the studies. Spread out over five years, these funds will enable Dillman to hire a postdoctoral researcher, support graduate researchers, and purchase biochemistry equipment.

Recently, Dillman was also the recipient of a UCR Office of Research and Economic Development grant. For that project, Dillman is working toward a pesticide based on nematode venom, and on modifying crops to secrete a version of the toxin in the venom, which would give them natural resistance to insect attacks.

"Nematodes are devastating parasites of humans, capable of modulating our biology in numerous ways, including suppressing our immune systems," Dillman said. "The goal of my lab is to understand this modulation and to characterize the chemical pathways that allow it to happen."

Dillman said one of the things that most interests his students is the idea that parasites aren't necessarily always bad. The hygiene hypothesis proposes that in places with highly developed sanitation systems, human immune systems don't develop properly because they are not challenged by infection.

"There's compelling data that parasites could even be used to treat autoimmune disorders such as Crohn's or inflammatory bowel disease," he said. "Parasitic worms are just the coolest things you could study because there are so many strange interactions, both positive and negative, that occur between the worms and their hosts." 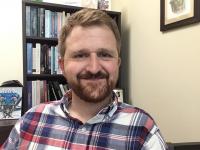