CORVALLIS, Ore. – The cause of potato late blight and the Great Irish Famine of the 1840s has been tracked to a pretty, alpine valley in central Mexico, which is ringed by mountains and now known to be the ancestral home of one of the most costly and deadly plant diseases in human history.

Research published today in the Proceedings of the National Academy of Sciences, by researchers from Oregon State University, the USDA Agricultural Research Service and five other institutions, concludes that Phytophthora infestans originated in this valley and co-evolved with potatoes over hundreds or maybe a few thousand years, and later spread repeatedly to much of the world.

Knowing the origin of the pathogen does more than just fill in a few facts in agricultural history, the scientists say. It provides new avenues to discover resistance genes, and helps explain the mechanisms of repeated emergence of this disease, which to this day is still the most costly potato pathogen in the world.

Potato late blight continues to be a major threat to global food security and at least $6 billion a year is spent to combat it, mostly due to the cost of fungicides and substantial yield losses. But P. infestans is now one of the few plant pathogens in the world with a well-characterized center of origin.

"This is immensely important," said Niklaus Grunwald, who is a courtesy professor in the Department of Botany and Plant Pathology in the College of Agricultural Sciences at Oregon State University, a researcher with the USDA Agricultural Research Service, and lead author on the study.

"This is just a textbook example of a center of origin for a pathogen, and it's a real treat," Grunwald said. "I can't think of another system so well understood. This should allow us to make significant headway in finding additional genes that provide resistance to P. infestans."

Finding ways to genetically resist the potato late blight, scientists say, could help reduce the use of fungicides, and the expense and environmental concerns associated with them.

There had been competing theories about where P. infestans may have evolved, with the leading candidates being the Toluca Valley near Mexico City, or areas in South America where the potato itself actually evolved thousands of years ago.

Gene sequencing technology used by this research group helped pin down the Toluca Valley as the ancestral hot spot. The P. infestans pathogen co-evolved there hundreds of years ago with plants that were distant cousins of modern potatoes, which produced tubers but were more often thought of as a weed than a vegetable crop.

Today, the newly-confirmed home of this pathogen awaits researchers almost as a huge, natural laboratory, Grunwald said. Since different potato varieties, plants and pathogens have been co-evolving there for hundreds of years, it offers some of the best hope to discover genes that provide some type of resistance.

Along with other staple foods such as corn, rice and wheat, the potato forms a substantial portion of the modern human diet. A recent United Nations report indicated that every person on Earth eats, on average, more than 70 pounds of potatoes a year. Potatoes contain a range of vitamins, minerals, phytochemicals, fiber and – for hungry populations – needed calories.

It's believed that the potato was first domesticated more than 7,000 years ago in parts of what are now Peru and Bolivia, and it was brought to Europe by Spanish explorers in the late 1500s. A cheap and plentiful crop that can grow in many locations, the ability to increase food production with the potato eventually aided a European population boom in the 1800s.

But what the New World provided, it also took away - in the form of a potato late blight attack that originated from Mexico, caused multiple crop failures and led, among other things, to the Irish potato famine that began in 1845. Before it was over, 1 million people had died and another 1 million emigrated, many to the U.S.

Collaborators on the research were from the University of Florida, the James Hutton Institute in Scotland, the University of the Andes in Colombia, Cornell University, and the International Potato Center in Beijing. It was supported by the U.S. Department of Agriculture and the Scottish government.

Digital images are available to illustrate this story. 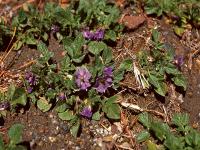