Fossil fuel combustion is the main contributor to black carbon collected at five sites around the Arctic, which has implications for global warming, according to a study by an international group of scientists that included a United States team from Baylor University.

The five-year study to uncover sources of black carbon was done at five remote sites around the Arctic and is published in the premier journal Science Advances, a publication of the American Association for the Advancement of Science.

The Baylor team used radiocarbon to determine fossil and biomass burning contributions to black carbon in Barrow, Alaska, while their collaborators used the same technique for sites in Russia, Canada, Sweden and Norway.

Baylor research was led by Rebecca Sheesley, Ph.D., associate professor of environmental science in the College of Arts & Sciences, and Tate Barrett, Ph.D., former student of Sheesley and now a postdoctoral scholar at the University of North Texas. Their interest in the research resulted from a desire to understand why the Arctic is changing and what pollutants should be controlled to mitigate that change.

"The Arctic is warming at a much higher rate than the rest of the globe," Sheesley said. "This climate change is being driven by air pollutants such as greenhouse gases and particles in the atmosphere. One of the most important components of this atmospheric particulate matter is black carbon, or soot. Black carbon directly absorbs incoming sunlight and heats the atmosphere. In snowy places, it also can deposit on the surface, where it heats the surface and increases the rate of melting."

Findings showed that fossil fuel combustion (coal, gasoline or diesel) is responsible for most of the black carbon in the Arctic (annually around 60 percent), but that biomass burning (including wildfires and residential woodsmoke) becomes more important in the summer.

The site at Barrow, Alaska, which was the focus of the Baylor team, differed from other sites in that it had higher fossil fuel contribution to black carbon and was more impacted by North American sources of black carbon than the rest of the Arctic. Since 2012, Sheesley has been expanding this work to investigate how combustion and non-combustion sources impact different types of atmospheric particulate matter across the Alaskan Arctic.

Dr. Sheesley is interested in understanding local to global impacts of atmospheric particulate matter. Her work on air quality spans several continents, with studies in Texas, the Upper Midwest, Southern California, Scandinavia, South Asia and the North American Arctic. Carbonaceous aerosols in the atmosphere are a continually changing complex mixture that interacts with the biosphere, impacts climate change and can have negative effects on human health. She has focused her efforts on refining methods for the analysis of the chemical and isotopic composition of particulate matter and understanding sources and transport of particulate matter in urban and remote environments.

Sheesley is also a faculty fellow with Baylor's Institute of Ecological, Earth and Environmental Sciences (TIE3s), an interdisciplinary and Ph.D.-granting institute that brings together researchers from biological, chemical, atmospheric and geological sciences, with statisticians, anthropologists and engineers to address the most challenging problems facing ecosystems and the environment.

Barrett is a TIE3s Ph.D. graduate of Baylor, where his research focused on trends, optical properties and source contributions to elemental and organic carbon influencing the North American Arctic. 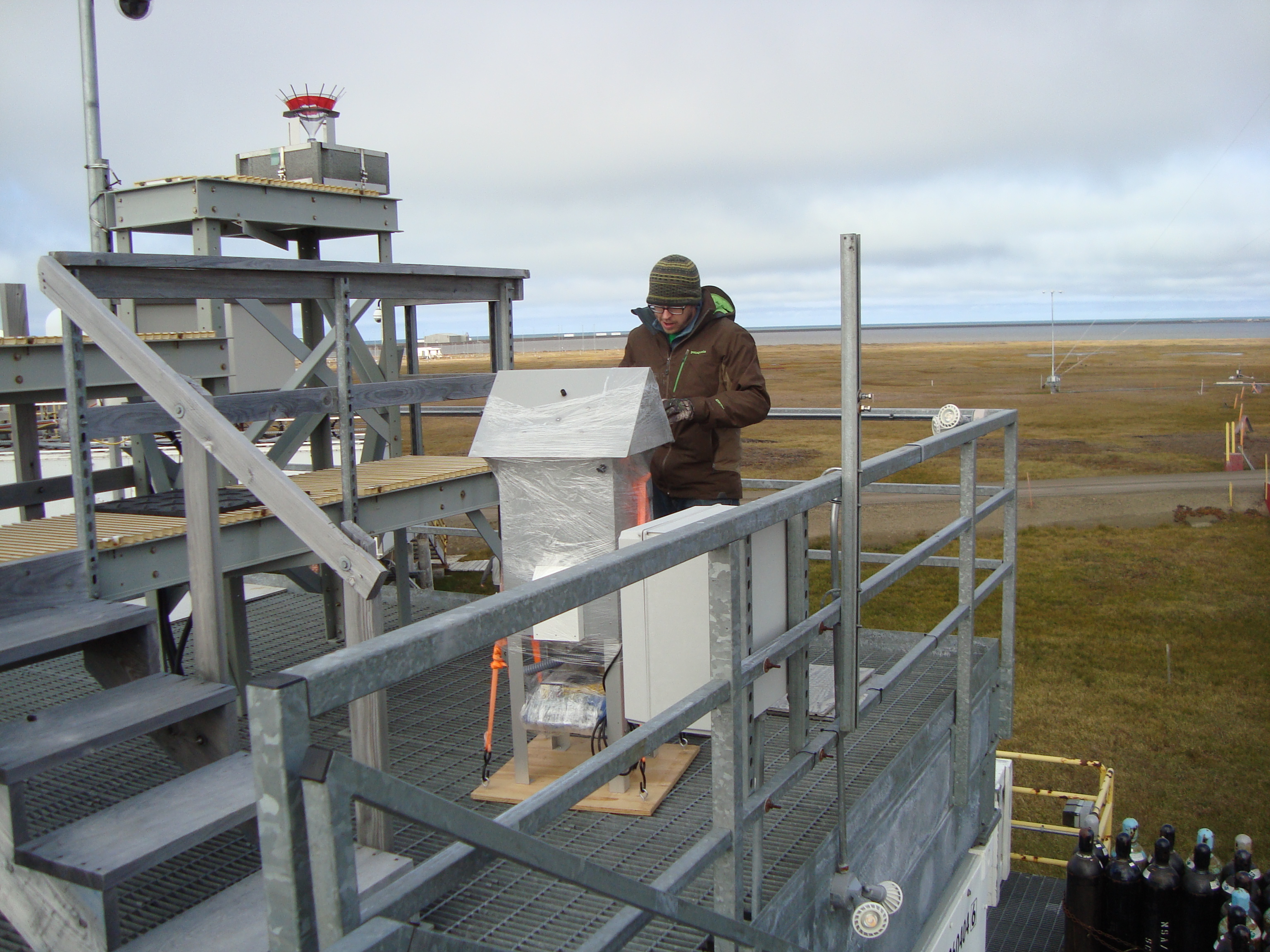