A new and compelling argument for reducing fish harvests – the profit motive – could persuade world fishers to endure the short-term pain of lower catches for the long-term gain of higher returns for their labor, according to authors of a ground-breaking study on fisheries over-exploitation.

They say their findings, published in the journal Science Dec. 7, will help overcome a key cause of over-fishing – industry opposition to lower catches – by demonstrating that when stocks are allowed to recover, profits take a sharp turn upward.

“It has always been assumed that maximizing fishing profits will lead to stock depletion and possibly even extinction of some commercial species,” says co-author Quentin Grafton, research director at the Crawford School of Economics and Government at the Australian National University (ANU) and one of the co-authors of the paper “Economics of Over-exploitation Revisited.”

“But our results prove that the highest profits are made when fish numbers are allowed to rise beyond levels traditionally considered optimal. In other words, bigger stocks mean bigger bucks.”

The simple reason is “the stock effect”: when fish are more plentiful and thus easier to catch, fishers don’t have to spend as much on fuel and other costs to fill their nets – profits are higher.

The U.N. Food and Agriculture Organization (FAO) deems an estimated 25 percent of world fish stocks depleted – stocks with strength below levels that produce “maximum sustainable yield.” (Akin to pruning a bush, the “maximum sustainable yield” of a healthy fish stock is achieved after some harvesting; when there are too many fish, the stock suffers from disease and predation.)

According to Grafton and co-authors Tom Kompas and Ray Hilborn, if stocks were assessed against the levels that maximize profit, many more fisheries would be considered over-exploited. Their work also shows that higher costs (such as fuel), lower output prices for fish and smaller discount rates all increase the optimal economic stock size relative to the stock size that maximizes the sustainable yield.

“Conservation promotes both larger fish stocks and higher profits,” says Tom Kompas, director of the International and Development Economics Program in ANU’s Crawford School of Economics and Government. “This is a win-win for the world’s fisheries and for the global marine environment.

“The debate is no longer whether it is economically advantageous to reduce current harvests – it is – but how fast stocks should be rebuilt.”

To establish the relationship between fish stocks and profitability, the authors modelled outputs for four different fish – big eye tuna and yellow fin tuna of the western and central Pacific, northern tiger prawn and orange roughy in Australia – plotting revenue and profit curves against fish biomass.

Previous calculations of profit-maximizing stock levels failed to account for the “stock effect” – when fish are more plentiful they are cheaper to harvest – and assumed that harvesting costs are independent of, or proportional to, the available fish stocks.

“We found that the more overexploited the fishery, the greater the profit benefits of stock rebuilding,” said study co-author Ray Hilborn, a professor of aquatic and fishery sciences at the University of Washington, Seattle USA.

“Although the stock effect may be relatively small in some cases, our estimates indicate that it is large at current stock levels while harvesting costs rise at an increasing rate as stocks decline.”

After testing their model on disparate fisheries – from the fast-growing prawn and tuna to the long-living and very slow-growing orange roughy – and using discount rates as high as 25% for the tuna and prawn fisheries and 10% for orange roughy, they established that the outcome was the same. Larger fish stocks increase profits.

Grafton said that by using the study’s more dynamic calculation of profit-maximizing stocks levels, fisheries managers and policy makers can readily determine both a target level and the optimal harvest trajectory to reach it.

“We believe these results will help persuade fishers that it is in their interests to take the long-term view – that by reducing their catch now they will more than make up any temporary financial losses with increased profits in the future,” he said.

“This is quite a different argument from the current focus on sustainability. In this framework, we can say, ‘What you are doing now is costing you money but if you reduce the harvest now, it will pay off down the road.’ I think that in a lot of cases, that could be seen as an attractive proposition.”

The new framework could open the way for fishery-wide agreements under which transfers from future, higher profits would compensate fishers for the immediate costs of making the transition to lower harvests. The report’s authors emphasize that support for stock rebuilding by fishers is contingent on them having individual or community harvesting rights that ensure current fishers will be able to reap the benefits of lower initial harvests.

The idea is being taken up in Australia, the first country to change its harvest strategy to reflect the profit-maximizing stock calculation. Grafton, Kompas and Hilborn are convinced it won’t be the last.

“Fishers around the world have heard a lot of arguments for rebuilding stocks,” said Hilborn, “but I think that we are sure to get better buy-in when we can show them that today’s pain leads to tomorrow’s gain so long as fishers have long-term harvesting rights such that they can personally benefit from increased fish stocks.” 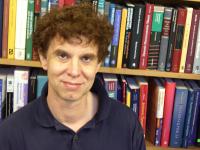