DUBLIN, IRELAND, Thursday April 28th, 2016 - New research suggests that the very oldest pieces of rock on Earth -- zircon crystals -- are likely to have formed in the craters left by violent asteroid impacts that peppered our nascent planet, rather than via plate tectonics as was previously believed.

Rocks that formed over the course of Earth's history allow geologists to infer things such as when water first appeared on the planet, how our climate has varied, and even where life came from. However, we can only go back in time so far, as the only material we have from the very early Earth comes in the form of tiny, naturally occurring zircon crystals.

Naturally then, the origin of these crystals, which are approximately the width of a human hair and more than four billion years old (the Earth being just over four and a half billion years old), has become a matter of major debate. Fifteen years ago these crystals first made headlines when they revealed the presence of water on the surface of the Earth (thought to be a key ingredient for the origin of life) when they were forming.

Ten years ago, a team of researchers in the US1 argued that the ancient zircon crystals probably formed when tectonic plates moving around on the Earth's surface collided with each other in a similar fashion to the disruption taking place in the Andes Mountains today, where the ocean floor under the Pacific Ocean is plunging under South America.

However, current evidence suggests that plate tectonics -- as we know it today -- was not occurring on the early Earth. So, the question remained: Where did the crystals come from?

Recently, geologists suggested these grains may have formed in huge impact craters produced as chunks of rock from space, up to several kilometres in diameter, slammed into a young Earth. To test this idea, researchers from Trinity College Dublin decided to study a much younger impact crater to see if zircon crystals similar to the very old ones could possibly have formed in these violent settings.

In the summer of 2014, with the support of the Irish Reseach Council (IRC) and Science Foundation Ireland (SFI), the team collected thousands of zircons from the Sudbury impact crater, Ontario, Canada - the best preserved large impact crater on Earth and the planet's second oldest confirmed crater at almost two billion years old.

After analysing these crystals at the Swedish Museum of Natural History in Stockholm, they discovered that the crystal compositions were indistinguishable from the ancient set.

PhD Researcher in Trinity's School of Natural Sciences, Gavin Kenny, is first author of the article which explains these findings, and which has just been published in leading international journal, Geology.

He said: "What we found was quite surprising. Many people thought the very ancient zircon crystals couldn't have formed in impact craters, but we now know they could have. There's a lot we still don't fully understand about these little guys but it looks like we may now be able to form a more coherent story of Earth's early years -- one which fits with the idea that our planet suffered far more frequent bombardment from asteroids early on than it has in relatively recent times."

Gavin Kenny recently travelled to the annual Lunar and Planetary Science Conference (LPSC) in Houston, Texas, to present these findings to the space science community.

He added: "There was a lot of enthusiasm for our findings. Just two years ago a group2 had studied the likely timing of impacts on the early Earth and they suggested that these impacts might explain the ages of the ancient zircons. They were understandably very happy to see that the chemistry of the zircons from the Canadian impact crater matched the oldest crystals known to man."

A copy of the published paper is available on request.

Papers referenced to in text (for context purposes):

Trinity College Dublin, founded in 1592, is Ireland's oldest university and today has a vibrant community of 17,000 students. It is recognised internationally as Ireland's premier university. Cutting-edge research, technology and innovation place the university at the forefront of higher education in Ireland, and across the globe. It encompasses all major academic disciplines, and is committed to world-class teaching and research across a range of disciplines in the arts, humanities, engineering, science, social and health sciences. 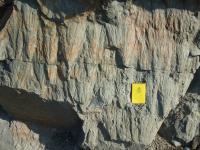