Humans see sand as an infinite resource. We are astounded to discover there are more stars in the universe than grains of sand on our beaches.

Yet in some areas, sand is in short supply and scientists have discovered the way we keep track of this resource has given us misleading information.

In many instances, we have simply been measuring sand the wrong way.

"Not all sand is the same," said Associate Professor Ana Vila-Concejo from the University of Sydney School of Geosciences. "Yet the models for assessing sand and how it moves mostly rely on one type. This means we have an inaccurate picture of what is happening, especially in coastal areas that are vulnerable to climate change."

Dr Amin Riazi from Eastern Mediterranean University worked with Associate Professor Vila-Concejo during a short stay at the University of Sydney to develop new engineering models that account for the different shapes of sand grains. Standard models assume sand grains are spherical, which is fine for common sands made up of ground-down silica and quartz rocks.

However, carbonate sands derived from shells, corals and the skeletons of marine animals tend to be elliptical, less dense and have more holes and edges. The new research has taken this into account with astounding results, finding that existing models underestimate the surface area of carbonate sands by 35 percent.

Published today in the Nature journal Scientific Reports, Associate Professor Vila-Concejo's team has shown that standard engineering models also overestimate transport of carbonate sands on the seafloor by more than 20 percent and underestimate suspended transport of this sand by at least 10 percent.

"This means we are not accounting for sand correctly," she said. "While this has impact on construction and manufacturing, it could also have a big effect on the management of coastal areas impacted by climate change."

Sand is used throughout industry. From the glass in your mobile phone to base for roads, sand is used across our economy. In fact, sand and gravel are the most extracted materials on the planet, exceeding that of fossil fuels.

Nature last year reported that illegal sand mining is happening in about 70 countries and hundreds of people have been killed in battles over sand in the past decade.

Associate Professor Vila-Concejo said: "While sand wars are not happening in Australia, we do have areas with chronic coastal erosion and sand loss such as at Jimmys Beach in Port Stephens."

Her team took carbonate sand from near Heron Island on the Great Barrier Reef and observed how it responded under experimental conditions. Based on these observations, they developed new mathematical equations that much better predict how carbonate sands move.

The team confirmed this by applying their equations to existing data on carbonate sand movement accumulated over six years from observations off the north coast of Oahu, Hawaii.

"Keeping track of carbonate sand will become increasingly important," said Dr Tristan Salles, also from the School of Geosciences in the Faculty of Science.

"If islands and atolls are at risk from erosion caused by sea-level rise, it will be vital to understand how the sands protecting them will respond to the ocean currents, waves and high-energy sea swells battering them."

He said these new equations are likely to be used to update all sediment transport models. "This will include evaluating beach and atoll responses to ocean hydrodynamics in carbonate-sand-rich regions, some of which are most vulnerable to the impacts of climate change," Dr Salles said.

At present, coastal engineering uses models based on siliciclastic sands. Associate Professor Vila-Concejo hopes that the models her team has developed can be used to improve management of coastal areas.

"This means we can develop a far more accurate picture of how changing oceans will affect marine ecosystems where carbonate sands are dominant," Associate Professor Vila-Concejo said.

"Understanding how, why and when sediments move is crucial to managing and predicting the effects of climate change and our new work will help in the development of mitigation and adaptation strategies."

School of Geosciences, The University of Sydney

Data for the modelling was provided by PacIOOS, part of the US Integrated Ocean Observing System, funded in part by NOAA, the US National Oceanic and Atmospheric Administration. Ana Vila Concejo acknowledges an Australian Research Council Future Fellowship and a Women in Science Fellowship from the University of Sydney. Amin Riazi acknowledges an Eastern Mediterranean University research scholarship.

Could we run out of sand? Scientists adjust how grains are measured

Journal
Scientific Reports
Funder
funded in part by NOAA, the US National Oceanic and Atmospheric Administration, part of the US Integrated Ocean Observing System, Data for the modelling was provided by PacIOOS
DOI
10.1038/s41598-020-65741-3 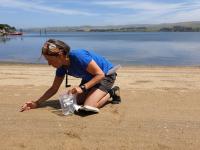 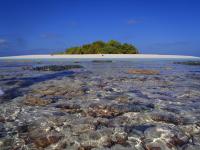