Speciation is important because it increases biodiversity. A thesis from the University of Gothenburg examines the speciation process in multiple marine species where different populations of the same species might evolve into two completely new species.

For a long time, researchers proposed that new species could be formed only if two populations were separated by a physical barrier over a very long period of time, for hundreds of thousands of generations or more.

Today, there are many examples of species being formed without isolation, such as during ongoing genetic exchange. This exchange should prevent two populations to become different and so, understanding how reproductive barriers can still develop is an intriguing question for speciation researchers.

Samuel Perini, researcher at the Department of Marine Sciences and author of the new thesis, has studied what happens in species with populations that are genetically different and meet at a contact zone, a boundary area between the two populations.

In a review of reproductive barriers in 23 different species, including cod, herring and plaice, Samuel Perini found large genetic differences between the Baltic Sea populations and the North Sea populations.

Crab snails live in and are adapted to portions of the rocky shore with large stones and crabs, while Wave snails live on portions of the rocky shore with rock slabs exposed to waves. Crab snails and Wave snails meet at the boundary of these two habitats but genetic and phenotypic differences are still maintained between the two populations. Adaptations to the Crab and Wave habitat is strongly driven by natural selection and survival in the non-native environment is low. Hence, natural selection reduces genetic exchange between Crab and Wave snail populations because it decreases the opportunity for a Crab snail to survive and reproduce in the Wave habitat with a Wave snail of the opposite sex (and vice versa).

"My studies show that the size of intertidal marine snails is important not only for survival but also for mating. I show in my thesis that mating is more common between snails of similar sizes and that small males have more matings. Both of these factors help to counteract gene exchange between the large Crab snails and the smaller Wave snails when they meet both inside and outside the contact zones."

New piece of the puzzle increases understanding of speciation 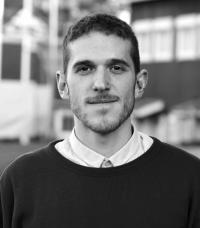