Heidelberg, 26 May 2015 - The 2015 EMBO Gold Medal has been awarded to Sarah Teichmann and Ido Amit. The EMBO Gold Medal is awarded to young scientists in recognition of outstanding achievements in the life sciences. Both researchers will receive a medal and an award of 10,000 Euros on 5 September 2015 at the opening session of The EMBO Meeting in Birmingham.

Sarah Teichmann is Research Group Leader at the European Bioinformatics Institute (EMBL-EBI) and Senior Group Leader at the Wellcome Trust Sanger Institute. She has received the Gold Medal for her use of computational and experimental methods to better understand genomes, proteomes and evolution. In the past 15 years, Teichmann has made seminal contributions to research into the regulation of gene expression and the nature of protein complexes. In 2008, she published work describing the evolutionary conservation of assembly pathways of protein complexes, and how to predict these pathways based on the three-dimensional protein structures. 1

Teichmann is one of the founders of the Sanger Institute-EMBL-EBI Single Cell Genomics Centre, located on the Wellcome Genome Campus in Cambridge. Recently, the German-American-British scientist has used single cell genomics to dissect the cellular immune response in mouse disease models. In 2014, her work revealed that T cells in the mouse immune system harbour an intact biosynthetic pathway for the production of steroids, which contribute to signalling events between cells.2

Ido Amit is Assistant Professor at the Immunology Department, Weizmann Institute of Science. He has received the 2015 EMBO Gold Medal for his work to reveal the function of the immune system.

At an early stage in his career, Amit successfully used a systems biology approach to study cancer in a way that integrated classical biochemistry and a physiological understanding of the way tumours develop. In 2007, he was a co-author of one of the first genome-wide studies to address the dynamics of growth factor signaling and its relationship to cancer. 3 His subsequent work has shown how regulatory networks of genes and chromatin control the formation of cellular blood components (hematopoiesis) and the immune response.

EMBO Member Yosef Yarden, his Ph.D. supervisor at the Weizmann Institute, commented: "Ido represents one of the most remarkable examples of the new breed of biologists, who truly master the post-genomic era by applying powerful technologies and asking brave questions." Amit's enthusiasm, support and training have influenced the way many laboratories approach genomics.

Recently, using single cell analysis and genomic methods, Amit and colleagues were able to provide a comprehensive model of chromatin dynamics during blood development. Using hematopoiesis as a model to study chromatin state dynamics, Amit's team identified approximately 50,000 hematopoietic enhancer regions and characterized their dynamics. 4 The work allowed them to uncover the regulatory regions utilized in blood cell development and set the grounds to identify regulatory regions involved in many diseases by applying similar approaches in human cohorts.

Sarah Teichmann, 40, graduated from Trinity College, Cambridge in 1996 with a degree in Natural Sciences (Biochemistry). She subsequently joined Cyrus Chothia's group at the MRC Laboratory of Molecular Biology to study computational genomics. Her Ph.D. thesis explored protein families and the domain organization of proteins in the first completely sequenced genomes. In 2001, Teichmann started a research group at the MRC Laboratory of Molecular Biology. In 2013, she moved to the Wellcome Genome Campus in Hinxton, near Cambridge, where she holds a joint appointment at the European Bioinformatics Institute (EMBL-EBI) and the Wellcome Trust Sanger Institute.

Ido Amit, 43, received his Ph.D. from the Weizmann Institute of Science for his work "Transcriptional and post-transcriptional constraints define the outcome of growth factor receptor signaling." In 2007, he moved to Cambridge, United States, to work for Aviv Regev as a postdoctoral fellow at the Broad Institute. Here his work focused on genomic and systems biology approaches for reconstructing the regulatory circuits of pathogen sensing in mammals. Since 2011, he has led an independent research laboratory in the Department of Immunology at the Weizmann Institute of Science; he currently leads a team of 23 scientists.

The EMBO Gold Medal is awarded for outstanding scientific achievement. Journal impact factors or other metrics are not used as part of the selection process. 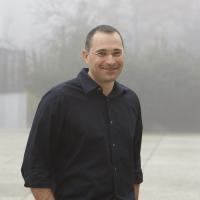