You might need a microscope to witness the next agricultural revolution. New research, published in the journal Science Advances, demonstrates how microfluidic technologies can be used to identify, isolate and propagate specific single photosynthetically active cells for fundamental industry applications and improved ecosystem understanding.

Natural environments are inherently dynamic and require photosynthetic organisms to adapt their physiology to make optimal use of available resources and grow to the best of their abilities. However, not all photosynthetic organisms are equally efficient in this physiological fine-tuning, and where some, for example, succumb to the effects of temperature stress, others persist and grow.

In agriculture, humans have taken advantage of this phenotypic heterogeneity in natural plant populations for thousands of years: the selective breeding of more resistant or productive plant phenotypes has given rise to many of our modern crops and has sustained much of human progress.

While microalgae and cyanobacteria have a similar potential for bioenergy production and biosynthesis of food and chemicals, until now, the tools for their selection have been blunt and unwieldy, relying on bulk culture - akin to selecting for traits in wheat at the level of the landscape.

In this new study, a team of researchers from Sweden, Denmark and Switzerland reports on a novel microfluidic technology called 'PhenoChip' which allows for the identification and selection of unicellular phototrophs under relevant environments.

"Similar to our ancestors selecting a more drought-resistant plant, we can now pick and propagate single phenotypes and start asking fundamental questions. What mechanism causes this phenotype to emerge? Does it persist over many generations? Can we use it to obtain increased biomass yields for biotechnological applications or select resilient phenotypes from natural environments?" says first author Lars Behrendt, Assistant Professor at the Department of Environmental Toxicology at Uppsala University.

In a first-proof-of-concept application, the team used PhenoChip on single cells essential to coral reef health, ecosystems currently under pressure due to changes in climate. In their study, they exposed cells of the coral symbiont Symbiodinium to thermal and chemical treatments, both relevant to the onset of coral bleaching. This enabled the identification of single cells with elevated resilience to rising temperatures and the selection of cells that maintained specific phenotypes for several generations.

"Conceivably we could use PhenoChip to create a 'library' of desired Symbiodinium phenotypes and try to supply these symbionts--which have not been genetically manipulated but were selected for being more naturally robust--to bleached corals under laboratory conditions. While we don't yet know whether this would improve the ability of corals to recover and persist in the face of future stress, it's an exciting thought," says Behrendt.

Novel technology for the selection of single photosynthetic cells 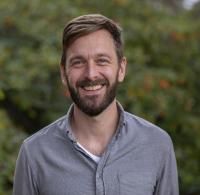