A Korean research team has developed a technology to fabricate an ultrathin material for electromagnetic interference(EMI) shielding. The research team, led by Koo Chong-Min, the head of the Materials Architecturing Research Center at the Korea Institute of Science and Technology (KIST, Acting President Yoon Seok-jin), announced that it had developed an ultrathin nanometer-thick film, using MXene, a new two-dimensional nanomaterial for EMI shielding. The research was jointly conducted with a team led by Professor Kim Sang-ouk of the Department of Materials Science and Engineering at Korea Advanced Institute of Science and Technology (KAIST, President: Shin Sung-chul) and a research team led by Professor Yury Gogotsi from Drexel University, USA.

Micrometer thick MXene films with high electrical conductivity, reported by Koo Chong-min in 2016, presented outstanding electromagnetic interference shielding. However, there were no technologies that could be used to directly apply MXene to highly integrated electronic devices, such as h5G communications and mobile devices.

The KIST-KAIST-Drexel joint research team used self-assembly technique to fabricate an ultrathin MXene film with uniform atomic-scale thickness. MXene film is reported to have exceptional absolute electromagnetic shielding performance (shielding effectiveness relative to thickness and density) that is far greater than that of any other material reported to date.

The research, supported by Korea's Ministry of Science and ICT (Minister Choi Ki-young), was conducted as one of KIST's key projects, through the KIST Research Laboratory Project, the Research Leader Support Project (Multi-Dimensional Nano Assembly and Control Creative Research Group); and the NNFC-Drexel-SMU International Joint Research Project. An article explaining the findings of the research was published on the inside front cover of the latest issue of the science journal "Advanced Materials" (Adv. Mater. 2020, 32, 1906769; IF: 25.809, top 1.042% of JCR). 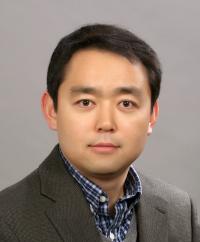