"What we saw was an additive effect, not a synergistic effect, when we put them together," said Tim Brown, associate research scientist at NADS and corresponding author of the study. "You get what you expect if you take alcohol and cannabis and merge them together."

The study, which appears June 23 in Drug and Alcohol Dependence, also found participants who consumed only alcohol weaved more during a 35- to 45-minute simulated driving test than those who consumed only vaporized cannabis.

The results are part of a larger study -- the first of its kind to analyze the effects of inhaled cannabis on driving performance -- sponsored by the National Highway Traffic Safety Administration, National Institute of Drug Abuse and the Office of National Drug Control Policy. The UI was selected for the research because of the NADS' authenticity to real driving and the university's expertise in medicine, pharmacy, and engineering. The NADS is the only simulator of its kind that is publicly owned.

The outcomes could help shape future legislation in the United States where some experts say policies on drugged driving are woefully behind.

To date, medical marijuana is legal in 23 states and the District of Columbia while marijuana has been approved for recreational use in four states and D.C. Since legalizing medical marijuana, Colorado has reported an increase in driving under the influence of cannabis cases and fatal motor vehicle crashes with cannabis-only positive drivers while states without legalized marijuana have experienced no significant change in cannabis-related crashes.

Researchers selected 18 participants -- 13 men and five women -- between the ages of 21 and 37 who reported drinking alcohol and using marijuana no more than three times a week. After spending the night at the University Hospital and Clinics to ensure sobriety, participants arrived at NADS for six "dosing visits."

First, participants were given 10 minutes to drink a mixed drink with alcohol or plain juice in an alcohol-rimmed glass and topped with alcohol to mimic alcohol taste and odor. The idea was to get the participants blood alcohol level to about .065 percent at the start of the simulated drive.

Next, they were given 10 minutes to inhale a placebo or vaporized cannabis using a vaporizing system designed in Germany called "Volcano Medic ™."

Once in the simulator -- a 1996 Malibu sedan mounted in a 24-feet diameter dome -- the drivers were assessed on weaving within the lane, how often the car left the lane and the speed of the weaving. Drivers with only alcohol in their systems showed impairment in all three areas while those strictly under the influence of vaporized cannabis only demonstrated problems weaving within the lane.

Drivers with blood concentrations of 13.1 ug/L THC, or delta-9-tetrahydrocannabinol, the active ingredient in marijuana, showed increase weaving that was similar to those with a .08 breath alcohol concentration, the legal limit in most states. The legal limit for THC in Washington and Colorado is 5 ug/L, the same amount other states have considered.

The study also found that analyzing a driver's oral fluids can detect recent use of marijuana but is not a reliable measure of impairment.

"Everyone wants a breathalyzer which works for alcohol because alcohol is metabolized in the lungs," said Andrew Spurgin, a pharmacy research fellow on the project and co-author. "But for cannabis this isn't as simple due to THC's metabolic and chemical properties."

University of Iowa studies impact of marijuana on driving 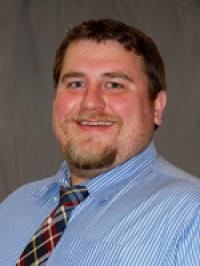