"An important factor in preventing obesity in adults is identifying at-risk individuals as early as possible, when interventions may have the greatest effect--even during infancy," said lead author Sani Roy, M.D., a pediatric endocrinology fellow at The Children's Hospital of Philadelphia (CHOP). "However, there is no currently accepted definition for excess body weight below age two."

Roy added that the American Academy of Pediatrics currently recommends using weight-for-length (WFL) as a standard measurement during infancy, and that WFL is also predominantly used worldwide.

BMI is widely used in children over age two years to identify those at risk for health complications of excess weight or future obesity. BMI charts are available from birth to age two, but are generally not used in clinical care. Unlike BMI charts, the more widely used WFL charts, do not have an age component; therefore, children with similar WFL may differ greatly in age. Because gains in weight and length occur at different rates during infancy, it is important to account for both age and length when evaluating excess weight gain.

In the current research, the study team analyzed medical records of nearly 74,000 full-term infants seen during their first two years at well-child visits in the CHOP pediatric network from 2006 to 2011.

"To our knowledge, this was the first study to compare BMI to WFL in predicting future obesity risk in a large, diverse cohort of full-term infants," said senior author Babette S. Zemel, Ph.D., the director of CHOP's Nutrition and Growth Laboratory. "We found that while BMI and WFL agreed after age six months, high BMI at age two months was a better predictor of obesity at two years of age than WFL. We recommend that clinicians consider measuring BMI in early infancy."

The National Institutes of Health (grants DK063688, DK094723 and DK102659) and the Endocrine Society supported this research. In addition to Roy's and Zemel's co-authors from CHOP, scientists from the Perelman School of Medicine at the University of Pennsylvania and the University of North Carolina-Chapel Hill participated in the study.

Infant BMI is good predictor of obesity at age 2 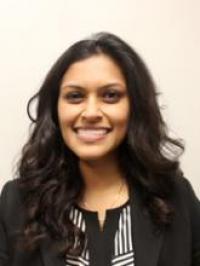