The Internet of Things (IoT) allowing smart phones, home appliances, drones and self-driving vehicles to exchange digital information in real time requires a powerful security solution, as it can have a direct impact on user safety and assets. A solution for IoT security that has been is a physical unclonable function (PUF) that can supplement software-based key security vulnerable to various attack or physical attack.

Hardware-based PUF semiconductor chips, for example, each have a unique physical code, similar to the human iris and fingerprints. Because the variations in the microstructure derived from manufacturing process act as a key value, the security keys generated via PUFs are random and unique, making it impossible to duplicate. However, there were limitations in that the hardware structure had to be changed in order to increase the number of combinations of keys to enhance cryptographic characteristics.

Under these circumstances, a team led by Jung-Ah Lim and Hyunsu Ju from the Korea Institute of Science and Technology (KIST) Center for Opto-Electronic Materials and Devices announced that they have successfully developed an encryption device that can greatly strengthen the cryptographic characteristics of PUFs selectively detecting circular polarization, without modify the hardware structure, through collaboration with a team headed by Suk-Kyun Ahn, Professor of Polymer Science and Engineering at Pusan National University.

Light, which behaves as both a particle and a wave, can travel in a straight line, while rotating in the form of a spiral, as circularly polarized light.

The core technology applied to the encryption device developed by the KIST and PNU research team is a phototransistor that can detect the circular polarization of light rotating in a clockwise or counterclockwise direction.

The main strategy used in the newly developed photoresistor is a combination of cholesteric liquid crystal and low bandgap π-conjugated polymer with excellent near-infrared light absorption and charge transport properties. The cholesteric liquid crystal film has a strong tendency to selectively reflect near-infrared circularly polarized light, as the amount of light reaching the device is controlled according to the rotational direction of the light. In the study, the device exhibited excellent dissymmetry factor for photocurrent with high sensitivity in detecting circularly polarized light.

The research team succeeded in fabricating a PUF device that could serve as a fundamental solution against hacking, wiretapping, etc. by increasing the number of combinations in generating encryption keys using a simple solution process, without changing the physical size of the array.

Dr. Jung-Ah Lim from KIST said, "This study presents measures to implement a new encryption device amidst the need to develop a highly secure cryptographic technology with the advent of the era of IoT.

Dr. Suk-Kyun Ahn from PNU said, "The technology to discriminate the rotational direction of circularly polaized light based on a simple fabrication process is expected to have a strong potential in not only next-generation encryption devices but also dvarious chiroptical optoelectronic applications."

Glossary description:
* Circularly polarized light: Light that travels in a straight line while rotating in either a clockwise or a counterclockwise direction
* Phototransistor: A device that can perform signal amplification and act as a switch by detecting basic characteristics (wavelength, intensity, etc.) of light along with current/voltage

Notes to editors:
This study was carried out with a grant from the Ministry of Science and ICT (MSIT), as part of the Institutional R&D Program of KIST, and Material Convergence and Innovative Technology Development Program. The findings were reported in the latest edition of the international journal, Advanced Functional Materials
(IF: 16.836, Top 4.678% in the field of JCR).

Anti-hacking based on the circular polarization direction of light 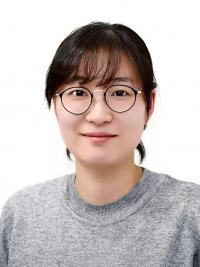