The Korea Institute of Science and Technology (KIST, Acting President: Yoon Seok-jin) announced that a research team, led by Dr. Oh Hyung-Suk and Dr. Lee Woong-hee, at the Clean Energy Research Center at KIST, developed a technology to reduce the use of precious metal catalysts at electrodes where oxygen is produced. The use of precious metal catalysts is one of the problems hindering the practical application of artificial photosynthesis technology.

Artificial photosynthesis technology involves artificially recreating a process, like the process seen in plants, by which water, sunlight, and carbon dioxide (CO2) are converted into hydrocarbon and oxygen, with chlorophyll serving as the catalyst. This technology has been receiving a lot of attention because it can produce clean energy and value-added chemicals while at the same time absorbing carbon dioxide.

In order for this technology to be commercialized, the efficiency of the catalyst, which in plants, is the chlorophyll, must be improved and associated costs must be reduced. Of the effective electrochemical catalysts that have been studied thus far, iridium-based catalysts have been found to be some of the most stable and high-performing and therefore are widely known as some of the best oxygen-producing catalysts. However, iridium is high in price and its reserves and production volume are quite limited. Recently, much research has been conducted on how to reduce the usage of iridium and improve catalyst performance.

One of the most effective methods to reduce the usage of iridium is to fabricate a nanoscale iridium alloy catalyst using low-price metal. The KIST-Technical University Berlin (TU-Berlin) joint research team developed a core-shell nanocatalyst with an iridium oxide shell by using iridium-cobalt alloy nanoparticles to reduce the use of iridium.

The research team at KIST used various in-situ/operando analytical techniques to design an effective catalyst. Using an in-situ/operando X-ray absorbtion spectroscopy, they found that the catalyst, with its core-shell structure, had high performance due to the short distance between the iridium and oxygen in the catalyst. They further examined the catalyst, using an in-situ/operando inductively coupled plasma (ICP) analytical technique, and found that it had high durability due to the relatively small loss of the catalyst. It is even more significant that these results were obtained during actual catalyst reaction processes. The results of these analyses will continue to be used to design various catalysts.

The catalyst developed by KIST's research team uses 20% less iridium, a precious metal, than existing catalysts and shows at least 31% higher performance. A long-term test using tap water was performed to verify the practical feasibility of the catalyst. When tested, the catalyst maintained a high level of performance for hundreds of hours, indicating high durability.

When the developed catalyst was applied to the actual carbon dioxide conversion system, the energy required during the process was reduced by more than half. This resulted in more than twice the amount of compounds typically produced at the same voltage using other iridium oxide catalysts.

"We used an iridium-cobalt alloy core and a core-shell nanocatalyst with an iridium oxide shell to considerably improve the performance of the oxygen evolution reaction and durability, which were the problems previously associated with the electrochemical CO2 conversion system," said KIST's Dr. Oh Hyung-Suk, who led the research. "I expect that this research will contribute greatly to the practicability of the electrochemical CO2 conversion system as it can be applied to water electrolysis systems for hydrogen production as well as various other electrolysis systems."

The research, backed by Korea's Ministry of Science and ICT (Minister Choi Ki-young), was conducted as one of KIST's key projects, and as a Climate Change Response Technology Development Project. An article explaining the results of the research was published in the latest issue of Applied Catalysis B-Environmental, an international journal on energy and the environment (IF: 14.229, top 0.962% of JCR). 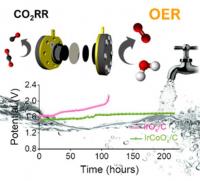 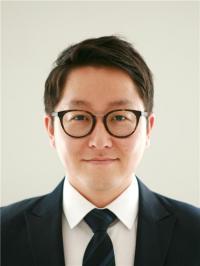