Researchers at McMaster University have found a rich new record of vitamin D deficiency, one that resides in the teeth of every person and remains viable for hundreds of years or more.

The team of anthropologists has determined that looking into the microscopic structure of teeth opens a window into the lives and challenges of people who lived hundreds of years ago, and whose only record is their skeletal remains.

Their paper, published online today in the Journal of Archaeological Science, establishes that when the body is deprived of vitamin D, permanent microscopic abnormalities form in the layers of dentin, the tooth structure under the enamel, creating an ongoing record that can later be read like the rings of a tree.

"The layers store what happens as teeth grow," says author Lori D'Ortenzio, a PhD candidate in Anthropology at McMaster. "We all know the importance of vitamin D, but until now we did not have such a clear way of measuring exactly what happened to people, and when."

The discovery is significant, since it can yield valuable information about vitamin D deficiency - also known as rickets - which continues to be a serious public health issue, affecting some 1 billion people worldwide. Most cases of rickets are caused by a lack of sun exposure, with effects that can include pain, bone deformities and failure to achieve or maintain adequate bone levels.

"If we can properly understand past changes in deficiency levels, we can evaluate where we currently are and move forward," says author Megan Brickley, a professor of Anthropology at McMaster who holds the Canada Research Chair in the Bioarchaeology of Human Disease.

Until now, scientists trying to understand historical patterns in vitamin D deficiency have had to use bones, which are problematic sources of such information. In life, bone material is constantly being remodelled, obscuring details of prior damage. After death, bones interact with soil and break down.

Dentin is not remodelled, and dental enamel - much harder than bone - protects the dentin long after death, making teeth a rich and accurate source of archaeological information.

"They're essentially fossils in your mouth," says author Bonnie Kahlon, a Lab Co-Ordinator in McMaster's Department of Anthropology.

The researchers compared the teeth of modern-day control subjects to teeth extracted from bodies buried in rural Quebec and France in the 1700s and 1800s. Their analysis showed that one Quebec man had suffered four bouts of rickets in his 24 years of life - all before he turned 13.

Examining thin sections of the teeth under a microscope and using technology at the McMaster-based Canadian Centre for Electron Microscopy, the researchers were able to show that anomalies formed in the dentin layers during years when victims failed to get enough Vitamin D to fully mineralize the structures that form dentin and bone.

McMaster University, one of four Canadian universities listed among the Top 100 universities in the world, is renowned for its innovation in both learning and discovery. It has a student population of 30,000, and more than 170,000 alumni in 137 countries.

The Journal of Archaeological Science is aimed at archaeologists and scientists with particular interests in advancing the development and application of scientific techniques and methodologies to all areas of archaeology.

Copies of this paper are available by contacting the journal publisher, Elsevier, at newsroom@elsevier.com or +31 20 485 2492.

To arrange an interview with lead author Lori D'Ortenzio, please contact her at dortenl@mcmaster.ca or 905-920-2440.

McMaster provides a high-definition broadcast studio that can connect with any television broadcaster around the world. To book an interview, please contact:

Hundreds of years later, teeth tell the story of people who didn't get enough sunshine 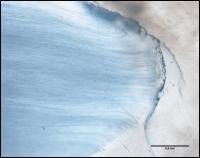