LA JOLLA, CA – Researchers at The Scripps Research Institute have developed a highly successful vaccine against a heroin high and have proven its therapeutic potential in animal models.

The new study, published recently online ahead of print by the American Chemical Society's Journal of Medicinal Chemistry, demonstrates how a novel vaccine produces antibodies (a kind of immune molecule) that stop not only heroin but also other psychoactive compounds metabolized from heroin from reaching the brain to produce euphoric effects.

"In my 25 years of making drug-of-abuse vaccines, I haven't seen such a strong immune response as I have with what we term a dynamic anti-heroin vaccine," said the study's principal investigator, Kim D. Janda, the Ely R. Callaway, Jr. Chair in Chemistry and a member of The Skaggs Institute for Chemical Biology at Scripps Research. "It is just extremely effective. The hope is that such a protective vaccine will be an effective therapeutic option for those trying to break their addiction to heroin."

"We saw a very robust and specific response from this heroin vaccine," said George F. Koob, chair of the Scripps Research Committee on the Neurobiology of Addictive Disorders and a co-author of the new study. "I think a humanized version could be of real help to those who need and want it."

While injection drug abuse is a debilitating worldwide epidemic, heroin abuse and addiction are especially destructive, with costs estimated at $22 billion in the United States due to loss of productivity, criminal activity, medical care, and social welfare, the authors say in their study.

Heroin abuse and addiction are also driving forces in the spread of HIV through needle sharing.

Using an approach termed "immunopharmacotherapy," Janda and his Scripps Research colleagues previously created vaccines that used immune molecules to blunt the effects of other abused drugs such as cocaine, methamphetamine, and nicotine. Human clinical trials are under way for the cocaine and nicotine vaccines.

Attempts by other researchers over the past four decades to create a clinically viable heroin vaccine, however, have fallen short, in part due to the fact that heroin is an elusive target metabolized into multiple substances each producing psychoactive effects.

To overcome this problem, in the new study the Scripps Research team used a "dynamic" approach, targeting not only heroin itself, but also the chemical it quickly degrades into, 6-acetylmorphine (6AM), and morphine.

"Heroin is lipophilic and is rapidly degraded to 6AM," said G. Neil Stowe, a research associate in Janda's laboratory who is first author of the new study. "Both readily cross the blood-brain barrier and gain access to the opioid receptors in the brain."

The researchers linked a heroin-like hapten (a small molecule that elicits an immune response) to a generic carrier protein called keyhole limpet hemocyanin or KLH, and mixed it with Alum, an adjuvant (vaccine additive), to create a vaccine "cocktail." This mixture slowly degraded in the body, exposing the immune system to different psychoactive metabolites of heroin such as 6AM and morphine.

"Critically, the vaccine produces antibodies to a constantly changing drug target," said Stowe. "Such an approach has never before been engaged with drug-of-abuse vaccines."

To compare the results of a non-dynamic approach, the team also prepared a vaccine simply targeting morphine, a substance related to heroin. Both vaccines were then injected into rats and the effects were examined in Koob's laboratory.

The results showed that the rats rapidly generated robust polyclonal antibodies in response to the dynamic heroin vaccine.

In addition, the study found that addicted rats were less likely to "self-administer" heroin by pressing on a lever after several booster shots of the vaccine. Only three of the seven rats that received the heroin vaccine self-administered heroin. In contrast, all of the control rats, including those given the morphine vaccine, self-administered the drug.

The effect of the heroin vaccine "was very dramatic; as dramatic as we have ever seen in experiments of this kind," said Koob. "To have an animal vaccinated and not show a response to heroin is pretty amazing."

The team also found that the heroin vaccine was highly specific, meaning that it only produced an antibody response to heroin and 6AM, and not to the other opioid-related drugs tested, such as oxycodone as well as drugs used for opioid dependence—methadone, naltrexone, and naloxone. "The importance of this," said Janda, "is that it indicates these vaccines could be used in combination with other heroin rehabilitation therapies."

The Scripps Research team has recently begun an exciting collaboration with researchers at the Walter Reed Army Institute of Research to see if it is feasible to develop a dual-purpose vaccine against HIV and for the treatment of heroin addiction in a single shot, Janda said.

In addition to Janda, Koob, and Stowe, co-authors of the paper, "A Vaccine Strategy that Induces Protective Immunity Against Heroin," include Alexander V. Mayorov and Joseph S. Zakhari from the Janda laboratory at Scripps Research; Leandro F. Vendruscolo, Scott Edwards, Joel E. Schlosburg, and Kaushik K. Misra from the Koob laboratory at Scripps Research; and Gery Schulteis from the Department of Anesthesiology at the University of California, San Diego. For more information, see http://pubs.acs.org/doi/abs/10.1021/jm200461m .

The Scripps Research Institute is one of the world's largest independent, non-profit biomedical research organizations. Scripps Research is internationally recognized for its discoveries in immunology, molecular and cellular biology, chemistry, neuroscience, and vaccine development, as well as for its insights into autoimmune, cardiovascular, and infectious disease. Headquartered in La Jolla, California, the institute also includes a campus in Jupiter, Florida, where scientists focus on drug discovery and technology development in addition to basic biomedical science. Scripps Research currently employs about 3,000 scientists, staff, postdoctoral fellows, and graduate students on its two campuses. The institute's graduate program, which awards Ph.D. degrees in biology and chemistry, is ranked among the top ten such programs in the nation. 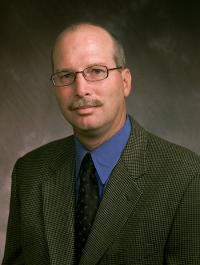