NEW YORK (May 4, 2016) - Evidence now favors that prostate specific antigen (PSA) testing can help reduce the number of fatal cases of prostate cancer, contrary to earlier recommendations based on a landmark national study. Researchers from NewYork-Presbyterian and Weill Cornell Medicine discuss their findings related to PSA screening in this week's New England Journal of Medicine.

In their letter to the editor, published May 5, 2016 the investigators question the results of a large-scale clinical trial assessing the value of PSA screening -- which served as the basis for the U.S. Preventative Services Task Force's 2012 recommendations against routine prostate cancer screening. They say limitations in the study's methodology underscore the need for healthcare policy leaders to reevaluate the nation's approach to PSA screening.

Prostate cancer remains the second leading cause of cancer death among American men and is the most common cancer in men other than skin cancer.

"We expect this article to have a profound impact on the debate over the value of PSA screening," said Dr. Jim Hu, director of the LeFrak Center for Robotic Surgery at NewYork-Presbyterian/Weill Cornell Medical Center and the Ronald Lynch Professor of Urologic Oncology at Weill Cornell Medicine. "While there are risks of over-diagnosis and over-treatment associated with PSA testing, it can play an important role in preventing prostate cancer deaths as part of a personalized approach to cancer screening. We're going to have to reconsider this issue."

PSA testing measures antigens in the blood that are linked to the presence of prostate cancer, as well as benign conditions such as prostatitis. Since the introduction of PSA screening in the early 1990s, the United States has seen roughly a 50 percent reduction in the prostate cancer mortality rate. However, while PSA screening clearly resulted in more prostate cancer diagnoses, it was not clear what role it played in this mortality reduction, and there was concern that prostate cancer was being over-diagnosed and over-treated, with consequent morbidity and costs.

Several major U.S. organizations have now recommended against PSA screening based on the results of the Prostate, Lung, Colorectal and Ovarian (PLCO) trial. As a part of this some $400 million study sponsored by the National Cancer Institute, a group of men who were assigned to receive prostate cancer screening including PSA testing were compared with a control group who received usual care by their physicians. The researchers concluded that there was effectively no difference in the mortality rate between the two groups, and this has been interpreted to mean that PSA screening is ineffective. However, after carefully examining the study's methodology, the NewYork-Presbyterian and Weill Cornell Medicine researchers found that many men in the control group who received PSA testing were not included as tested in the study reports, and the study results have therefore been misinterpreted. The researchers found that around 90 percent of men in the control arm of the study had received PSA testing during the trial, meaning that comparing the control and intervention arms of the trial is not useful to evaluate the effectiveness of PSA screening.

The PLCO trial is one of two major studies that have attempted to address the impact of widespread PSA testing on a large population. The other, the European Randomized Study of Screening for Prostate Cancer, found that PSA screening is associated with a substantial reduction in prostate cancer mortality over time, contrary to the findings of the PLCO study.

Dr. Jonathan Shoag, a NewYork-Presbyterian and Weill Cornell Medicine urology resident and lead author on the article, will discuss PSA screening at the annual American Urological Association meeting in San Diego, California on May 9, 2016. "We demonstrate that the PLCO study did not compare a group of men who received PSA screening to a group of men who were not screened, but compared men who were screened to other men who were screened, and we should therefore reconsider any decisions based on the study," said Dr. Shoag.

NewYork-Presbyterian is one of the nation's most comprehensive healthcare delivery networks, focused on providing innovative and compassionate care to patients in the New York metropolitan area and throughout the globe. In collaboration with two renowned medical school partners, Weill Cornell Medicine and Columbia University College of Physicians & Surgeons, NewYork-Presbyterian is consistently recognized as a leader in medical education, ground-breaking research and clinical innovation. 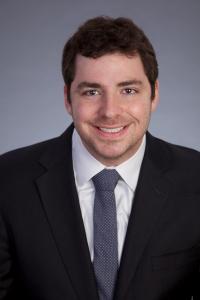