The huge tsunami triggered by the 9.0 Tohoku Earthquake destroyed coastal towns near Sendai in Japan, washing such things as houses and cars into the ocean. Projections of where this debris might head have been made by Nikolai Maximenko and Jan Hafner at the International Pacific Research Center, University of Hawaii at Manoa. Maximenko has developed a model based on the behavior of drifting buoys deployed over years in the ocean for scientific purposes. What this model predicts about the tsunami debris can be seen in Figure 1.

The debris first spreads out eastward from the Japan Coast in the North Pacific Subtropical Gyre. In a year, the Northwestern Hawaiian Islands Marine National Monument will see pieces washing up on its shores; in two years, the remaining Hawaiian islands will see some effects; in three years, the plume will reach the US West Coast, dumping debris on Californian beaches and the beaches of British Columbia, Alaska, and Baja California. The debris will then drift into the famous North Pacific Garbage Patch, where it will wander around and break into smaller and smaller pieces. In five years, Hawaii shores can expect to see another barrage of debris that is stronger and longer-lasting than the first one. Much of the debris leaving the North Pacific Garbage Patch ends up on Hawaii's reefs and beaches.

These model projections will help to guide clean-up and tracking operations. Tracking will be important in determining what happens to different materials in the tsunami debris, for example, how the composition of the debris plume changes with time, and how the winds and currents separate objects drifting at different speeds.

Even before the tsunami, the World Ocean was a dump for rubbish flowing in from rivers, washed off beaches, and jettisoned from oil and gas platforms and from fishing, tourist, and merchant vessels. Marine debris has become a serious problem for marine ecosystems, fisheries, and shipping. The presentations given at the recent week-long 5th International Marine Debris Conference in Hawaii, at which Maximenko had organized a day-long workshop, are a testimony to the magnitude of the ocean debris problem. The massive, concentrated debris launched by the devastating tsunami is now magnifying the hazards.

Maximenko's long-standing work on ocean currents and transports predicted that there are five major regions in the World Ocean where debris collects if it is not washed up on shores or sinks to the ocean bottom, deteriorates, or is ingested by marine organisms. These regions turn out to be "garbage patches." The North Pacific Garbage Patch has become famous, the North Atlantic Patch was fixed some years ago, and the South Atlantic, South Indian Ocean, and South Pacific patches have just been found, guided by the map of his model that shows where floating marine debris should collect.

The research was supported by NOAA, the Japan Agency for Marine-Earth Science and Technology (JAMSTEC), and NASA which sponsor research at the International Pacific Research Center.

The International Pacific Research Center (IPRC) of the School of Ocean and Earth Science and Technology (SOEST) at the University of Hawaii at Manoa, is a climate research center founded to gain greater understanding of the climate system and the nature and causes of climate variation in the Asia-Pacific region and how global climate changes may affect the region. Established under the "U.S.-Japan Common Agenda for Cooperation in Global Perspective" in October 1997, the IPRC is a collaborative effort between agencies in Japan and the United States.

Where will the debris from Japan's tsunami drift in the ocean? 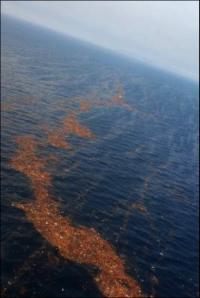