Most drugs used to treat lung, breast and pancreatic cancers also promote drug-resistance and ultimately spur tumor growth. Researchers at the University of California, San Diego School of Medicine have discovered a molecule, or biomarker, called CD61 on the surface of drug-resistant tumors that appears responsible for inducing tumor metastasis by enhancing the stem cell-like properties of cancer cells.

The findings, published in the April 20, 2014 online issue of Nature Cell Biology, may point to new therapeutic opportunities for reversing drug resistance in a range of cancers, including those in the lung, pancreas and breast.

"There are a number of drugs that patients respond to during their initial cancer treatment, but relapse occurs when cancer cells become drug-resistant," said David Cheresh, PhD, Distinguished Professor of Pathology and UC San Diego Moores Cancer Center associate director for Innovation and Industry Alliances. "We looked at the cells before and after they became resistant and asked, 'What has changed in the cells?'"

Cheresh and colleagues investigated how tumor cells become resistant to drugs like erlotinib or lapatinib, known as receptor tyrosine kinase inhibitors and commonly used in standard cancer therapies. They found that as drug resistance occurs, tumor cells acquire stem cell-like properties that give them the capacity to survive throughout the body and essentially ignore the drugs.

Specifically, the scientists delineated the molecular pathway that facilitates both cancer stemness and drug resistance, and were able to identify existing drugs that exploit this pathway. These drugs not only reverse stem cell-like properties of tumors, but also appear to re-sensitize tumors to drugs that the cancer cells had developed resistance to.

"The good news is that we've uncovered a previously undefined pathway that the tumor cells use to transform into cancer stem cells and that enable tumors to become resistant to commonly used cancer drugs," said Cheresh.

Based on these findings, Hatim Husain, MD, an assistant professor who treats lung and brain cancer patients at Moores Cancer Center, has designed a clinical trial to attack this pathway in patients whose tumors are drug-resistant. The trial will be open to patients with lung cancer who have experienced cancer progression and drug resistance to erlotinib. It is expected to begin in the next year.

"Resistance builds to targeted therapies against cancer, and we have furthered our understanding of the mechanisms by which that happens," said Husain. "Based on these research findings we now better understand how to exploit the 'Achilles heel' of these drug-resistant tumors. Treatments will evolve into combinational therapies where one may keep the disease under control and delay resistance mechanisms from occurring for extended periods of time."

Although the trial is expected to begin with patients who have already experienced drug resistance, Husain hopes to extend the study to reach patients in earlier stages to prevent initial resistance. 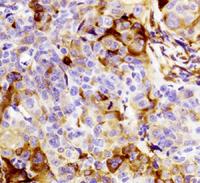 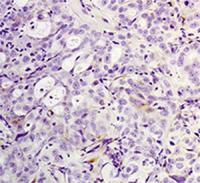