A moth caterpillar has evolved to use acids, usually sprayed at predators as a deterrent, to disarm the defenses of their food plants, according to a study publishing July 10 in the open-access journal PLOS ONE by David Dussourd from the University of Central Arkansas and colleagues.

Some plants such as poinsettia (Euphorbia pulcherrima) produce and store latex in specialized canals within their leaves, which can gum up and poison herbivorous insects that try to eat them. To get around this defense, larvae of the notodontid moth Theroa zethus bathe the leaf stem in an acidic secretion produced from a gland on the underside of their head, which prevents the flow of latex. To investigate this unusual strategy, the researchers filmed the caterpillar feeding, analyzed the creatures' acidic secretions, and investigated the effect of the acid at the cellular level.

They found that the caterpillar's secretion is a mixture of formic and butyric acids. Histological analysis showed that the secretion physically deforms plant cell walls. Video recordings documented that before applying the acid, the caterpillars use their mandibles to scrape at and compress the leaf stem. Artificially replicating these behaviors in the laboratory, using sandpaper and binder clips, also prevented latex flow from the leaves, confirming that the caterpillars' behaviors play a part in disarming the plant's defenses.

The team observed compression behaviors in six other species of notodontid moth which eat plants lacking latex canals, but only Theroa zethus used acid. The authors suggest that as the species evolved to feed on toxic plants, the caterpillars co-opted a pre-evolved anti-predator deterrent to help reduce the flow of latex and make their meal more palatable and less dangerous.

Dussourd adds: "To understand if a plant is vulnerable to insect feeding, one needs to consider not just the defenses of the plant, but also the capabilities of the insect. In this study, a caterpillar deactivates the latex defense of poinsettia by secreting acid from its anti-predator gland. The caterpillar facilitates acid penetration by scraping the plant surface, then compresses the plant to rupture the latex canals internally. The combination of behavioral manipulation and acid secretion allows the caterpillar to disarm the plant often without contacting any latex exudate."

Funding: Support was provided by various sources at the University of Central Arkansas (to DED and MV), the Arkansas SURF program at https://scholarships.adhe.edu/scholarships/detail/student-undergraduate-research-fellowship-surf (to MV), USFS Co-op Agreement 14-CA-11420004-138 (to DLW), Richard P. Garmany Fund (Hartford Foundation for Public Giving at http://www.hfpg.org/index.php/donate/view-fund/richard-p-garmany-fund (to DLW), and the Arkansas Center for Plant-Powered Production that provided funds to DED. The P3 Center was funded through the RII: Arkansas ASSET Initiatives (AR EPSCoR) I (EPS-0701890) and II (EPS-1003970) by the National Science Foundation and the Arkansas Science and Technology Authority. The funders had no role in study design, data collection and analysis, decision to publish, or preparation of the manuscript.

In your coverage please use this URL to provide access to the freely available article in PLOS ONE: http://journals.plos.org/plosone/article?id=10.1371/journal.pone.0218994 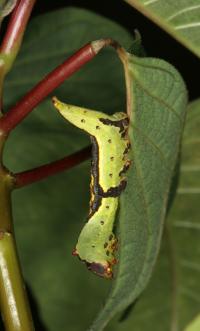