A major new finding about the fundamental structure of all matter has just been published by a group of researchers that includes a Temple University physicist and two former Temple graduate students. Appearing March 14 as a rapid communication in the journal Physical Review D, the research stems from an analysis of data produced by an experiment conducted at the Brookhaven National Laboratory's Relativistic Heavy-Ion Collider (RHIC) on Long Island in polarized proton-proton collisions.

The new data is derived from the STAR (Solenoidal Tracker At RHIC) experiment that added detail--and complexity--to an intriguing puzzle that scientists have been pondering: How the building blocks that make up a proton effect its spin (both protons and neutrons form the center of each atom). The spinning is as essential to a particle's identity as its electric charge and mass. Because particles have spin, they can act like tiny magnets with a particular polarity. For example, aligning and flipping the polarity of proton spin is the basis for technologies such as magnetic resonance imaging (MRI), an indispensable medical diagnostic tool.

Understanding how this proton spin arises from each proton's inner building blocks--which include quarks, gluons and what is called a sea of quark-antiquark pairs--may help scientists better understand the nuclear structure of atoms.

"After multiple years of experimental work at RHIC, this exciting new result provides a substantially deeper understanding of fundamental quantum physics questions regarding how quantum fluctuations affect the dynamics of quarks inside the proton," says Professor Bernd Surrow, vice chair of the Temple Physics Department. "It contributes to our exploration of the structure and dynamics of the visible world around us, including the human body, a table or a car, and what gives them mass in terms of their atomic structures."

In a field dominated by males, Surrow notes that two women who formerly were graduate students in his laboratory--Amani Kraishan and Devika Gunarathne--were two of the three graduate students who analyzed the data that led to the publication of the research, and continue in the field. Kraishan is currently an adjunct professor both in Temple's Physics Department and at Al-Hussein Bin Talal University in Jordan. She continues to collaborate with the Temple group under the leadership of Professor Surrow, focusing on the ongoing research program at Brookhaven National Laboratory and a future U.S. Electron-Ion Collider facility.

The third student involved, Jinlong Zhang of Shandong University, subsequently was a postdoctoral fellow at the Lawrence Berkeley National Laboratory and is now at Stony Brook University.

This science will be studied further at RHIC, but the nuclear physics community agrees that the next major advances will come with the construction of a new accelerator laboratory called the Electron-Ion Collider (EIC), which will be built in the US. Temple University physicists play lead roles in securing this new facility. Professor Zein-Eddine Meziani contributed last year, at the request of the DOE, to a committee empaneled by the National Academies of Sciences, Engineering, and Medicine that made the scientific case for the EIC. Surrow leads the Steering Committee of the Electron-Ion Collider User Group, an international organization of physicists charged with plotting the scientific priorities and instrumentation needs of the new accelerator. 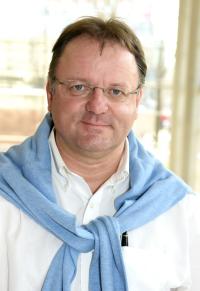