The U.S. Food and Drug Administration today approved Anascorp®, an antivenom produced in Mexico and tested in clinical trials conducted through the University of Arizona, for use in treating patients suffering the effects of scorpion sting.

Nearly 2,000 patients in Arizona and Nevada have received the antivenom through the clinical trials conducted by Boyer, a pediatrician and toxicologist at the UA College of Medicine, and her colleagues.

Ultimately, these clinical trials brought together 27 Arizona hospitals, one hospital in Nevada and hundreds of volunteer health-care professionals, creating a first-of-its-kind outreach study network capable of conducting clinical trials of a treatment for a rare emergency.

The FDA approval is the culmination of a nearly 12-year collaboration of academic and clinical researchers with partners in business and industry from both sides of the U.S.-Mexico border. The benefits of this cooperative, international effort extend beyond U.S. patients.

Dr. Alejandro Alagón from the Institute of Biotechnology of the UNAM (National Autonomous University of Mexico) is an antivenom researcher, an adviser to Instituto Bioclon and an associate investigator at the UA VIPER Institute.

"We have been working together to test the Mexican antivenom under United States rules for close to 12 years, learning a lot from the process and learning from each other. This collaboration has really helped us produce a better product. For this project we needed to combine laboratory science, clinical science and a good manufacturer, and we needed to design a good clinical trial."

During the course of the clinical trials, support provided by the UNAM included developing new analytical techniques to measure the venom and antivenom in the blood of Arizona patients. In addition, scientists from the UNAM worked closely with Instituto Bioclon to ensure that manufacturing processes met the U.S. standards.

In Arizona, which has the highest concentration of dangerous bark scorpions in the U.S., about 8,000 scorpion stings occur each year. Several hundred of these result in serious nerve poisoning and require medical treatment. Nearly all of these patients are young children, whose breathing may be severely affected by the effects of the venom. Without antivenom, children stung by scorpions typically require heavy sedation and intensive supportive care and, often, a ventilator.

Decades ago, Arizonans had access to a different kind of antivenom that was produced at Arizona State University, but in 1999 the researcher's approaching retirement put an end to new production. No known replacement existed, and the critical need for antivenom was about to become urgent.

Boyer, who accompanied a National Geographic television crew filming of venomous creatures in Mexico in 1999, visited the Cuernavaca campus of the UNAM.

There, researchers were investigating the effects of a new antivenom made by Instituto Bioclon, based in Mexico City.

Having witnessed the use of the antivenom in children stung by scorpions in Mexico, Boyer was certain of the potential for this drug to help children in Arizona. But the safety and efficacy of the product, called Alacramyn in Mexico and later Anascorp® in the U.S., had to be proved to the exacting standards of the FDA.

With a grant from the Office of Orphan Products Development of the FDA, a team of UA and UNAM faculty members conducted a study of the then-investigational drug in 2004 and 2005 at University Medical Center and Tucson Medical Center. The results were dramatic.

Recounted in the New England Journal of Medicine, the study showed that the antivenom alleviated the symptoms of nerve poisoning in children following a scorpion sting in a very short time. It also reduced the need for sedative medication dramatically and lowered levels of scorpion venom in the bloodstream.

A second study, conducted primarily at the San Carlos Hospital on Arizona's San Carlos Apache Indian Reservation, confirmed these findings and demonstrated that the treatment could safely be provided in a rural hospital, far from pediatric intensive care.

In 2004, the state of Arizona supplied additional research funds through the Arizona Department of Health Services and the Arizona Biomedical Research Commission, enabling the UA to expand its study.

Institutio Bioclon and U.S. partner Rare Disease Therapeutics, Inc. of Tennessee agreed to provide the antivenom to qualifying hospitals, while preparing a formal license application to the U.S. FDA.

Dr. Andreas Theodorou, a UA professor of pediatrics, chief medical officer of University Medical Center and a member of the research team, said, "This antivenom basically takes symptoms away in a very short time. What was a life-threatening disease that would put kids in the pediatric ICU has become, for most of them, an outpatient disease."

This collaboration among academic and business partners is poised to have a global impact. The research has attracted attention from numerous countries with venomous creatures that pose problems for people. Among these is Morocco, where Bioclon, assisted by Boyer and Alagón, plans to begin clinical trials on a similar antivenom to treat stings inflicted by North Africa's deadly scorpions.

"This project owes its success to the hard work and participation of thousands of people," Boyer said.

The consortium includes representatives of numerous state and federal agencies; multiple colleges and departments at the UA; 27 Arizona hospitals and one in Nevada; three poison control centers – including the UA's Arizona Poison and Drug Information Center, which once housed the VIPER Institute; nearly 2,000 Arizona families; undergraduate students and graduate students on both sides of the border; ranchers and scorpion hunters; businessmen and factory workers; and academic colleagues on four continents.

The collaborators played significant roles, Boyer explained, adding, "The vast majority of these dedicated individuals received no compensation. They did it because it was in the best interest of the children, because it was the right thing to do."

A video news release and interviews in English and Spanish are available for download at http://uanews.org/scorpion-fda 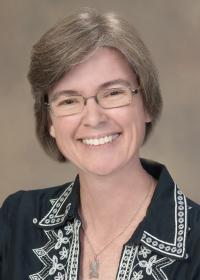