If there's a cure for male pattern baldness, it might hurt a little. A team led by USC Stem Cell Principal Investigator Cheng-Ming Chuong has demonstrated that by plucking 200 hairs in a specific pattern and density, they can induce up to 1,200 replacement hairs to grow in a mouse. These results are published in the April 9 edition of the journal Cell.

"It is a good example of how basic research can lead to a work with potential translational value," said Chuong, who is a professor of pathology at the Keck School of Medicine of USC. "The work leads to potential new targets for treating alopecia, a form of hair loss."

The study began a couple of years ago when first author and visiting scholar Chih-Chiang Chen arrived at USC from National Yang-Ming University and Veterans General Hospital, Taiwan. As a dermatologist, Chen knew that hair follicle injury affects its adjacent environment, and the Chuong lab had already established that this environment in turn can influence hair regeneration. Based on this combined knowledge, they reasoned that they might be able to use the environment to activate more follicles.

To test this concept, Chen devised an elegant strategy to pluck 200 hair follicles, one by one, in different configurations on the back of a mouse. When plucking the hairs in a low-density pattern from an area exceeding six millimeters in diameter, no hairs regenerated. However, higher-density plucking from circular areas with diameters between three and five millimeters triggered the regeneration of between 450 and 1,300 hairs, including ones outside of the plucked region.

Working with Arthur D. Lander from the University of California, Irvine, the team showed that this regenerative process relies on the principle of "quorum sensing," which defines how a system responds to stimuli that affect some, but not all members. In this case, quorum sensing underlies how the hair follicle system responds to the plucking of some, but not all hairs.

Through molecular analyses, the team showed that these plucked follicles signal distress by releasing inflammatory proteins, which recruit immune cells to rush to the site of the injury. These immune cells then secrete signaling molecules such as tumor necrosis factor alpha (TNF-α), which, at a certain concentration, communicate to both plucked and unplucked follicles that it's time to grow hair.

"The implication of the work is that parallel processes may also exist in the physiological or pathogenic processes of other organs, although they are not as easily observed as hair regeneration," said Chuong.

In addition to these latest findings, Science recently selected Chuong's work on how the regulation of feather follicle stem cells contributed to the evolution of feathered dinosaurs into modern birds as one of the top 10 breakthroughs of 2014. Chuong was also inducted as a fellow of the American Association for the Advancement of Science (AAAS) in February 2015. 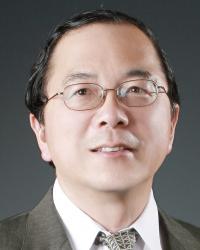