Why does sex exist when organisms that clone themselves use less time and energy, and do not need a mate to produce offspring? Researchers at the University of Stirling aiming to answer this age-old question have discovered that sex can help the next generation resist infection.

Populations that clone themselves are entirely female and do not need sex to reproduce. As sex requires males, and males do not produce offspring themselves, an entirely clonal population should always reproduce faster than a sexual one.

Yet while some animal and plant species can reproduce without sex, such as komodo dragons, starfish and bananas, sex is still the dominant mode of reproduction in the natural world.

However, for sex to beat cloning as a reproduction strategy, there must be large-scale benefits that make a difference to the next generation. The theory has been difficulty to test as most organisms are either wholly sexual or clonal so cannot be compared easily.

A team of experts from the University of Stirling have taken an innovative approach to test the costs and benefits of sex. Using an organism that can reproduce both ways, the waterflea, researchers found sexually produced offspring were more than twice as resistant to infectious disease as their clonal sisters.

Dr Stuart Auld of the Faculty of Natural Sciences, said: "One of the oldest questions in evolutionary biology is, why does sex exist when it uses up so much time and energy?

"Sex explains the presence of the peacock's tail, the stag's antlers and the male bird of paradise's elaborate dance. But if a female of any of these species produced offspring on her own, without sex, her offspring should come to dominate, while the other females watch the redundant males fighting and dancing. So, why are we not surrounded by clonal organisms?

"By comparing clonal and sexual daughters from the same mothers, we found sexually produced offspring get less sick than offspring that were produced clonally. The ever-present need to evade disease can explain why sex persists in the natural world in spite of the costs." 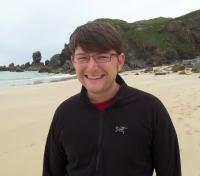