It is well-known that we humans enjoy sensual caresses, but the brain reacts just as strongly to seeing another person being caressed, reveals research from the Sahlgrenska Academy at the University of Gothenburg, Sweden.

Being gently caressed by another person is both a physical and an emotional experience. But the way we are touched and the reaction this elicits in the brain are a science of their own.

Researchers from the Institute of Neuroscience and Physiology at the University of Gothenburg's Sahlgrenska Academy have studied how the brain reacts to caresses. Volunteers were given MRI scans to measure blood flows in the brain while being stroked either slowly or quickly with a soft brush.

Not unexpectedly, the brain reacted most strongly to the slow strokes. More surprising results emerged when the volunteers instead watched videos of another person being caressed.

"The aim was to understand how the brain processes information from sensual contact, and it turned out that the brain was activated just as quickly when the volunteers got to watch someone else being caressed as when they were being caressed themselves," says India Morrison, one of the researchers behind the study. "Even when we are only watching sensual skin contact, we can experience its emotional meaning without actually feeling the touch directly."

As a comparison, the volunteers also got to watch a video where a hand caresses an inanimate object, and in this case the brain was not activated anywhere near as strongly.

So what do these results mean?

"They indicate that our brain is wired in such a way that we can feel and process other people's sensations, which could open up new ways of studying how we create empathy," says Morrison. "It's important for us as people to understand the significance of different types of touch – to know whether two people are in a relationship or are about to start a fight."

The study has been published in the Journal of Neuroscience. 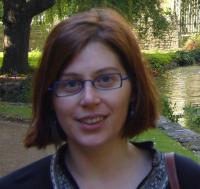