PHILADELPHIA — Consuming two or more soft drinks per week increased the risk of developing pancreatic cancer by nearly twofold compared to individuals who did not consume soft drinks, according to a report in Cancer Epidemiology, Biomarkers & Prevention, a journal of the American Association for Cancer Research.

Although relatively rare, pancreatic cancer remains one of the most deadly, and only 5 percent of people who are diagnosed are alive five years later.

Mark Pereira, Ph.D., senior author on the study and associate professor in the School of Public Health at the University of Minnesota, said people who consume soft drinks on a regular basis, defined as primarily carbonated sugar-sweetened beverages, tend to have a poor behavioral profile overall.

However, the effect of these drinks on pancreatic cancer may be unique.

"The high levels of sugar in soft drinks may be increasing the level of insulin in the body, which we think contributes to pancreatic cancer cell growth," said Pereira.

For the current study, Pereira and colleagues followed 60,524 men and women in the Singapore Chinese Health Study for 14 years. During that time, there were 140 pancreatic cancer cases. Those who consumed two or more soft drinks per week (averaging five per week) had an 87 percent increased risk compared with individuals who did not.

No association was seen between fruit juice consumption and pancreatic cancer.

Pereira said that these results from Singapore are likely applicable to the United States.

"Singapore is a wealthy country with excellent health care. Favorite pastimes are eating and shopping, so the findings should apply to other western countries," said Pereira.

Susan Mayne, Ph.D., associate director of the Yale Cancer Center and professor of epidemiology at the Yale School of Public Health, said these study results are intriguing but have some key limitations that should be considered in any interpretation.

"Although this study found a risk, the finding was based on a relatively small number of cases and it remains unclear whether it is a causal association or not. Soft drink consumption in Singapore was associated with several other adverse health behaviors such as smoking and red meat intake, which we can't accurately control for," said Mayne, an editorial board member of Cancer Epidemiology, Biomarkers & Prevention.

Pereira points out that the findings are biologically plausible, held up in non-smokers, remained similar after taking other dietary habits into account and are consistent with findings in Caucasian populations.

The mission of the American Association for Cancer Research is to prevent and cure cancer. Founded in 1907, the AACR is the world's oldest and largest professional organization dedicated to advancing cancer research. The membership includes 30,000 basic, translational and clinical researchers; health care professionals; and cancer survivors and advocates in the United States and nearly 90 other countries. The AACR marshals the full spectrum of expertise from the cancer community to accelerate progress in the prevention, diagnosis and treatment of cancer through high-quality scientific and educational programs. It funds innovative, meritorious research grants, research fellowship and career development awards. The AACR Annual Meeting attracts more than 16,000 participants who share the latest discoveries and developments in the field. Special conferences throughout the year present novel data across a wide variety of topics in cancer research, treatment and patient care. The AACR publishes six major peer-reviewed journals: Cancer Research; Clinical Cancer Research; Molecular Cancer Therapeutics; Molecular Cancer Research; Cancer Epidemiology, Biomarkers & Prevention; and Cancer Prevention Research. The AACR also publishes CR, a magazine for cancer survivors and their families, patient advocates, physicians and scientists. CR provides a forum for sharing essential, evidence-based information and perspectives on progress in cancer research, survivorship and advocacy. 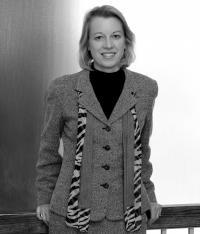