COLUMBUS, Ohio - In a surprising evolutionary twist, a new study suggests that while one rattlesnake may routinely feast on lizard meat, its seemingly identical neighbor snake might strike and strike and never kill its would-be reptilian prey.

The first-of-its-kind research reveals significant venom variation within populations of Florida pygmy rattlesnakes, showing that effectiveness against one type of prey differs widely among individuals and opening up questions about why this variation exists. The study, led by evolutionary biologists at The Ohio State University, appears online today (Feb. 6, 2019) in the journal Biology Letters.

Scientists have long understood that these types of differences existed between different populations of snakes of the same species - and that made good intuitive sense, because they were living in different environments, with different dietary options at the ready.

But to find widespread variability between individual members of a group of snakes born and bred in the same area is perplexing - and also exciting - from a scientific perspective, said H. Lisle Gibbs, the study's senior author and an Ohio State professor of evolution, ecology and organismal biology.

To study potential venom toxicity differences, the researchers first sampled venom from 32 pygmy rattlesnakes (Sistrurus miliarius), most of which were found within about 60 miles of one another in Florida. Then, they compared the effects of each snake's venom on lizards collected in the same area.

Lizards represent about a quarter of the diet of these snakes in Florida. They also favor frogs and some small mammals. The researchers intentionally chose brown anole lizards (Anolis sagrei) as their model prey because they are an invasive species in Florida, meaning they are not native to the area. They are, however, comparable to one of the snakes' common native prey species, the green anole (Anolis carolinensis).

In some cases, an individual rattler's venom would prove deadly to most lizards. But venom from other snakes from the same area was lethal to only a few - or not lethal at all.

One big question the researchers are left with is how the toxicity of the snakes' venom would vary on another prey species.

"It could be that the snakes that aren't good at killing these lizards are great at killing other prey, such as frogs. We just don't know," Gibbs said.

"Another big question from an evolutionary perspective is 'Why aren't they good at killing everything all the time?'"

Gibbs said that producing the proteins found within venom takes a lot of energy, and it could be that different snakes' energy has been devoted to toxicity against different types of prey.

"This is a whole new way of looking at how evolution operates on venom that we haven't considered. There's a new act in this evolutionary play that we didn't know about until now."

Aside from broadening scientific understanding of evolution, this work could one day help inform efforts to develop drugs based on venom - an area of pharmaceutical research that has already shown benefit in cardiovascular disease and could prove important in the treatment of pain and neurological disorders, as well as other human diseases, Gibbs said.

Other researchers who worked on the study were Ohio State graduate student Sarah Smiley-Walters and Terence Farrell of Stetson University in Florida. 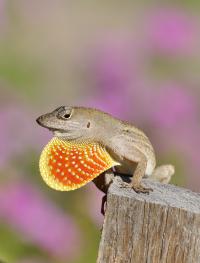