A team of scientists from the Universidad de La República, Uruguay discovered three native to northern Argentina new species of the engaging spider group of the tarantulas. The study describing the newly found tarantulas was published in the open access journal ZooKeys.

The often hairy and very large spiders known as tarantulas are one of the most famous arachnid groups. Despite their ill fame as vicious killers most tarantulas are harmless to humans. Most tarantulas long lifespans, females can live between 15 and 30 years, which makes them a preferred pet for spider lovers around the world.

The subfamily Theraphosinae to which the three new species belong is a large group of tarantulas distributed exclusively in the New World, whose greatest diversity is found in South America. The 3 new additions are native to the northern parts of Argentina, a region which inspired their names.

Melloleitaoina mutquina, for example has its name derived from the specific epithet mutquina, a noun which means place or thing to smell in Quichua language. This poetic name refers to the locality of Mutquín, where this species is distributed and denotes the aroma of the flora of the region that emerges after rain, perfuming the village of aromatic herbs.

Similarly, M. uru was inspired an ancient legend Quichua, from the northern limit of Argentina, about the Inca princess Uru, who because of her whims and bad government was transformed by the gods into a spider and forced to endlessly work weaving. Lastly, the third new species M. yupanqui, was named to honor to the most important Argentine musician of folklore Atahualpa Yupanqui, pseudonym of Héctor Roberto Chavero Aramburu. 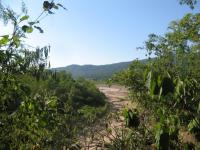 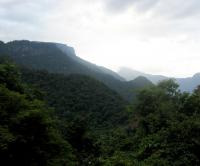