April 22, 2021--(BRONX, NY)--Researchers at Albert Einstein College of Medicine have designed an experimental drug that reversed key symptoms of Alzheimer's disease in mice. The drug works by reinvigorating a cellular cleaning mechanism that gets rid of unwanted proteins by digesting and recycling them. The study was published online today in the journal Cell.

"Discoveries in mice don't always translate to humans, especially in Alzheimer's disease," said co-study leader Ana Maria Cuervo, M.D., Ph.D., the Robert and Renée Belfer Chair for the Study of Neurodegenerative Diseases, professor of developmental and molecular biology, and co-director of the Institute for Aging Research at Einstein. "But we were encouraged to find in our study that the drop-off in cellular cleaning that contributes to Alzheimer's in mice also occurs in people with the disease, suggesting that our drug may also work in humans." In the 1990s, Dr. Cuervo discovered the existence of this cell-cleaning process, known as chaperone-mediated autophagy (CMA) and has published 200 papers on its role in health and disease.

CMA becomes less efficient as people age, increasing the risk that unwanted proteins will accumulate into insoluble clumps that damage cells. In fact, Alzheimer's and all other neurodegenerative diseases are characterized by the presence of toxic protein aggregates in patients' brains. The Cell paper reveals a dynamic interplay between CMA and Alzheimer's disease, with loss of CMA in neurons contributing to Alzheimer's and vice versa. The findings suggest that drugs for revving up CMA may offer hope for treating neurodegenerative diseases.

Dr. Cuervo's team first looked at whether impaired CMA contributes to Alzheimer's. To do so, they genetically engineered a mouse to have excitatory brain neurons that lacked CMA. The absence of CMA in one type of brain cell was enough to cause short-term memory loss, impaired walking, and other problems often found in rodent models of Alzheimer's disease. In addition, the absence of CMA profoundly disrupted proteostasis--the cells' ability to regulate the proteins they contain. Normally soluble proteins had shifted to being insoluble and at risk for clumping into toxic aggregates.

Dr. Cuervo suspected the converse was also true: that early Alzheimer's impairs CMA. So she and her colleagues studied a mouse model of early Alzheimer's in which brain neurons were made to produce defective copies of the protein tau. Evidence indicates that abnormal copies of tau clump together to form neurofibrillary tangles that contribute to Alzheimer's. The research team focused on CMA activity within neurons of the hippocampus--the brain region crucial for memory and learning. They found that CMA activity in those neurons was significantly reduced compared to control animals.

What about early Alzheimer's in people--does it block CMA too? To find out, the researchers looked at single-cell RNA-sequencing data from neurons obtained postmortem from the brains of Alzheimer's patients and from a comparison group of healthy individuals. The sequencing data revealed CMA's activity level in patients' brain tissue. Sure enough, CMA activity was somewhat inhibited in people who had been in the early stages of Alzheimer's, followed by much greater CMA inhibition in the brains of people with advanced Alzheimer's.

"By the time people reach the age of 70 or 80, CMA activity has usually decreased by about 30% compared to when they were younger," said Dr. Cuervo. "Most peoples' brains can compensate for this decline. But if you add neurodegenerative disease to the mix, the effect on the normal protein makeup of brain neurons can be devastating. Our study shows that CMA deficiency interacts synergistically with Alzheimer's pathology to greatly accelerate disease progression."

In an encouraging finding, Dr. Cuervo and her team developed a novel drug that shows potential for treating Alzheimer's. "We know that CMA is capable of digesting defective tau and other proteins," said Dr. Cuervo. "But the sheer amount of defective protein in Alzheimer's and other neurodegenerative diseases overwhelms CMA and essentially cripples it. Our drug revitalizes CMA efficiency by boosting levels of a key CMA component."

In CMA, proteins called chaperones bind to damaged or defective proteins in cells of the body. The chaperones ferry their cargo to the cells' lysosomes--membrane-bound organelles filled with enzymes, which digest and recycle waste material. To successfully get their cargo into lysosomes, however, chaperones must first "dock" the material onto a protein receptor called LAMP2A that sprouts from the membranes of lysosomes. The more LAMP2A receptors on lysosomes, the greater the level of CMA activity possible. The new drug, called CA, works by increasing the number of those LAMP2A receptors.

"You produce the same amount of LAMP2A receptors throughout life," said Dr. Cuervo. "But those receptors deteriorate more quickly as you age, so older people tend to have less of them available for delivering unwanted proteins into lysosomes. CA restores LAMP2A to youthful levels, enabling CMA to get rid of tau and other defective proteins so they can't form those toxic protein clumps." (Also this month, Dr. Cuervo's team reported in Nature Communications that, for the first time, they had isolated lysosomes from the brains of Alzheimer's disease patients and observed that reduction in the number of LAMP2 receptors causes loss of CMA in humans, just as it does in animal models of Alzheimer's.)

The researchers tested CA in two different mouse models of Alzheimer's disease. In both disease mouse models, oral doses of CA administered over 4 to 6 months led to improvements in memory, depression, and anxiety that made the treated animals resemble or closely resemble healthy, control mice. Walking ability significantly improved in the animal model in which it was a problem. And in brain neurons of both animal models, the drug significantly reduced levels of tau protein and protein clumps compared with untreated animals.

"Importantly, animals in both models were already showing symptoms of disease, and their neurons were clogged with toxic proteins before the drugs were administered," said Dr. Cuervo. "This means that the drug may help preserve neuron function even in the later stages of disease. We were also very excited that the drug significantly reduced gliosis--the inflammation and scarring of cells surrounding brain neurons. Gliosis is associated with toxic proteins and is known to play a major role in perpetuating and worsening neurodegenerative diseases."

Treatment with CA did not appear to harm other organs even when given daily for extended periods of time. The drug was designed by Evripidis Gavathiotis, Ph.D.,, professor of biochemistry and of medicine and a co-leader of the study.

Drs. Cuervo and Gavathiotis have teamed up with Life Biosciences of Boston, Mass., to found Selphagy Therapeutics, which is currently developing CA and related compounds for treating Alzheimer's and other neurodegenerative diseases.

Albert Einstein College of Medicine is one of the nation's premier centers for research, medical education and clinical investigation. During the 2020-21 academic year, Einstein is home to 721 M.D. students, 178 Ph.D. students, 109 students in the combined M.D./Ph.D. program, and 265 postdoctoral research fellows. The College of Medicine has more than 1,900 full-time faculty members located on the main campus and at its clinical affiliates. In 2020, Einstein received more than $197 million in awards from the National Institutes of Health (NIH). This includes the funding of major research centers at Einstein in aging, intellectual development disorders, diabetes, cancer, clinical and translational research, liver disease, and AIDS. Other areas where the College of Medicine is concentrating its efforts include developmental brain research, neuroscience, cardiac disease, and initiatives to reduce and eliminate ethnic and racial health disparities. Its partnership with Montefiore, the University Hospital and academic medical center for Einstein, advances clinical and translational research to accelerate the pace at which new discoveries become the treatments and therapies that benefit patients. Einstein runs one of the largest residency and fellowship training programs in the medical and dental professions in the United States through Montefiore and an affiliation network involving hospitals and medical centers in the Bronx, Brooklyn and on Long Island. For more information, please visit einsteinmed.org, read our blog , follow us on Twitter, like us on Facebook, and view us on YouTube. 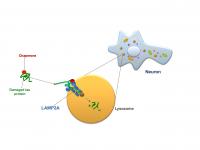 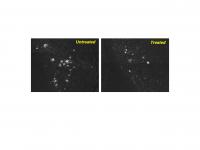 Effect of Drug CA on Alzheimer's in Mice