EAST LANSING, Mich. — Women are 30 percent less likely than men to receive a critical clot-busting drug than can limit brain damage after a stroke, according to a Michigan State University study.

The study findings were presented Feb. 19 in San Diego at the International Stroke Conference, organized by the American Heart Association and American Stroke Association.

Tissue plasminogen activator, or tPA, first approved as a treatment in the mid-1990s, is a potent blood thinner used to dissolve artery-clogging clots, which cause most strokes. As part of its study, a team of MSU researchers reviewed all stroke studies published between 1995 and March 2008 that presented data on tPA treatment rates. Eighteen studies provided data on more than 2.3 million patients.

Overall, despite some study-to-study variation, women with acute stroke were 30 percent less likely to receive the treatment compared with men, said Archit Bhatt of the Department of Neurology and Opthalmology in MSU's College of Human Medicine.

"More than 60 percent of all stroke deaths are in women, and the functional outcomes and quality of life following stroke are poorer in women than in men," said Bhatt, who presented the study at the San Diego conference. "Clearly, more research is needed to understand the barriers to acute stroke therapy in women so this critical health disparity can be eliminated."

To begin to address the problem, Bhatt encourages the development of a consistent set of operational definitions to determine which patients are eligible for tPA treatment.

Gender differences in stroke care is part of a larger research effort at MSU led by Mathew Reeves, an associate professor in the MSU's Department of Epidemiology who also worked on the tPA study. Reeves and fellow MSU researchers are publishing two additional studies related to gender differences and stroke care, both of which will be published in a special April issue of the journal Stroke published by the American Heart Association:

"Although the absolute differences were modest, lower quality of care in women was seen in all measures," Reeves said. "These sex differences in care could not be explained by the obvious gender differences in factors, such as age."

"Two critical factors immediately after a stroke are how quickly a patient sees a doctor upon arrival at a hospital and how quickly there is an image taken of the brain," Reeves said. "This study indicates that it takes longer for women to receive both of these care measures."

Both studies can be viewed online at http://stroke.ahajournals.org, where the entire April issue of Stroke magazine has been published early as part of Women's Heart Awareness Month during February. 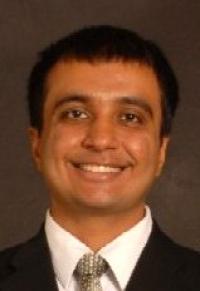