Updated results from a global clinical trial of the CAR T-cell therapy, tisagenlecleucel, a landmark personalized treatment for a high-risk form of acute lymphoblastic leukemia (ALL), reveal that children and young adults continued to show high rates of durable, complete remission of their disease. Most side effects were short-lived and reversible, according to a study published in the Feb. 1 issue of the New England Journal of Medicine.

Based on previous findings, the U.S. Food and Drug Administration (FDA) approved tisagenlecleucel--brand name Kymriah--in August 2017 for children and young adults up to 25 years of age with B-cell ALL that is refractory or in second or later relapse. It was the first-ever FDA-approved gene therapy, as well as the first FDA-approved CAR-T cell therapy.

Chimeric antigen receptor T (CAR-T) cell therapy genetically modifies a patient's immune cells to make them seek out and kill leukemia cells. The approach was developed by a team led by Carl June, MD, of the Perelman School of Medicine at the University of Pennsylvania. That team collaborated with Children's Hospital of Philadelphia (CHOP), the first institution to use the therapy in children with leukemia.

The current study includes longer-term follow-up of safety and efficacy data in 75 patients aged 25 and younger.

"This expanded, global study of CAR T-cell therapy gives us further evidence of how remarkable this treatment can be for our young patients in whom all other treatments failed," said lead author Shannon L. Maude, MD, PhD, a pediatric oncologist at CHOP and Assistant Professor of Pediatrics in the Perelman School of Medicine at the University of Pennsylvania. "Our data show not only can we can achieve longer-term durable remissions, and longer-term survival for our patients, but that these personalized, cancer-fighting cells can remain in the body for months or even years, effectively doing their job."

In the 75 children and young adults who received the CAR T-cells, 61 (81 percent) had a response to treatment, defined as complete remission with or without complete recovery of blood counts, after at least three months of follow-up. Relapse-free survival in those 61 patients was 80 percent at six months after treatment, and 59 percent at 12 months. Overall survival in all 75 patients was 90 percent at six months and 76 percent at 12 months. The survival rates, say the authors, are evidence that the early response rates were durable. In the absence of CAR T-cell therapy, patients with multiple relapsed or refractory B-cell ALL face a poor prognosis.

Accompanying the durable responses, the CAR T-cells persisted in the patients for as long as 20 months, with a median persistence of 168 days at the point at which data were analyzed for this study. All patients in the trial received a single infusion of the CAR T-cells.

In line with earlier studies of CAR T-cell treatment, the most common treatment-related side effect was a severe flu-like condition called cytokine release syndrome (CRS), involving high fever, muscle pain, neurologic symptoms, and circulatory and respiratory problems. Nearly half of the 75 patients received intensive care unit treatment to manage CRS, but the effects were treatable and transient.

The lead investigator of this Phase 2 trial was Stephan A. Grupp, MD, PhD, Director of the Cancer Immunotherapy Frontier Program at CHOP.

"One of our more challenging questions - 'can we manage the serious side effects of CAR T-cell therapy?' - was asked, and answered in this global study," said Grupp, the Section Chief of Cell Therapy and Transplant at CHOP, and a Professor of Pediatrics in the Perelman School of Medicine at the University of Pennsylvania. "Some of our patients get very sick, but we showed that most toxic effects can be short-lived and reversible, with the potential for our patients to achieve durable, complete remissions. That's a pretty amazing turnaround for the high-risk child who, up until now, had little chance of surviving."

Editor's Notes: Some CHOP investigators serve or have served as consultants to Novartis to support the company's continued development of this treatment. In addition, Dr. Grupp is an inventor of a process for treating toxic reactions to the therapy.

The University of Pennsylvania has licensed some technologies involved in these studies to Novartis. Some of the scientists involved in these trials are inventors of these technologies. As a result of the licensing relationship with Novartis, the University of Pennsylvania receives significant financial benefit, and some of these inventors have benefitted financially and/or may benefit financially in the future. 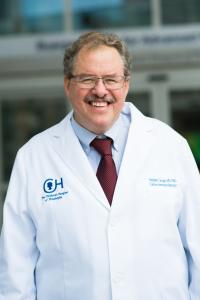