MIAMI - A new study showed that several Gulf of Mexico fish embryos developed serious defects in heart development following exposure to crude oil from the Deepwater Horizon oil spill. The study is the first to analyze the effects of the primary toxic agents released from crude oil on several commercially important pelagic fish species that spawn in the Gulf of Mexico.

The research team, which included five researchers from the University of Miami (UM) Rosenstiel School of Marine and Atmospheric Science, concluded that, "losses of early life stages were therefore likely for Gulf populations of tunas, amberjack, swordfish, billfish, and other large predators that spawned in oiled surface habitats."

"This study is the first to understand the impacts of the Deepwater Horizon oil spill on the early life development of commercially important fish in the Gulf of Mexico," said Daniel Benetti, UM Rosenstiel School professor of marine affairs and policy and director of the Aquaculture Program. "The findings can be applied to fisheries management questions in marine regions where crude oil extraction is prevalent."

The study, published in the March 25 issue in the journal of the Proceedings of the National Academy of Sciences (PNAS), assessed the impacts of polycyclic aromatic hydrocarbons (PAHs), a toxic agent released from crude oil, from Deepwater Horizon oil samples on embryos of bluefin tuna, yellowfin tuna, and amberjack. Embryos were exposed to two different oil samples, one collected from surface skimming operations in the Gulf of Mexico and another from the source pipe attached to the damaged Deepwater Horizon wellhead.

A vast number of the water samples collected at the Deepwater Horizon oil spill site had PAH concentrations exceeding the toxicity thresholds observed in the study, therefore researchers demonstrated the potential for losses of pelagic fish larvae during the 2010 Deepwater Horizon disaster.

The embryos used in the study were collected from research broodstock located at land-based fish hatcheries in Australia and Panama. Test methods were developed and designed by Dr. Grosell and Dr. Benetti's team at The UM Rosenstiel School's experimental hatchery facility.

Exposure to each oil type produced virtually identical defects in embryos of all three tested species. For each species, oil exposures caused serious defects in heart development, and abnormalities in cardiac function, indicating crude oil cardiotoxicity. Bluefin tuna showed the highest percentage of larvae with the entire suite of defects, and their populations are currently listed by the IUCN as endangered due to historically low levels.

"Vulnerability assessments in other ocean habitats, including the Arctic, should focus on the developing heart of resident fish species as an exceptionally sensitive and consistent indicator of crude oil impacts," said the paper's authors.

About the University of Miami's Rosenstiel School The University of Miami is one of the largest private research institutions in the southeastern United States. The University's mission is to provide quality education, attract and retain outstanding students, support the faculty and their research, and build an endowment for University initiatives. Founded in the 1940's, the Rosenstiel School of Marine & Atmospheric Science has grown into one of the world's premier marine and atmospheric research institutions. Offering dynamic interdisciplinary academics, the Rosenstiel School is dedicated to helping communities to better understand the planet, participating in the establishment of environmental policies, and aiding in the improvement of society and quality of life. For more information, please visit http://www.rsmas.miami.edu. 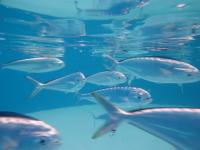 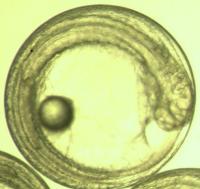