The trial is the first to test a hydrogel designed to repair cardiac tissue. It is also the first to test a hydrogel made from the natural scaffolding of cardiac muscle tissue, also known as extracellular matrix, or ECM. This is significant because ECM hydrogels have been shown in preclinical studies to potentially be effective for other conditions, such as poor blood circulation due to peripheral artery disease. The trial showed that the hydrogel, known as VentriGel, can be safely injected via catheter into patients who had suffered a heart attack in the past 2 to 36 months.

"Although the study was designed to evaluate safety and feasibility and not designed to show whether VentriGel effectively helps improve heart function, we observed some improvements in patients," said Karen Christman, the paper's senior author and a professor of bioengineering in the Jacobs School of Engineering and the Institute of Engineering in Medicine at UC San Diego. "For example, patients could walk longer distances. We also observed signs of improving heart function in patients who experienced a heart attack more than one year prior to treatment."

Researchers from Ventrix, led by Christman, report their findings in the Sept. 11 issue of the Journal of the American College of Cardiology: Basic to Translational Science. Dr. Jay Traverse at Minneapolis Heart Institute was the lead clinical investigator.

There are an estimated 785,000 new heart attack cases in the United States each year, with no established treatment for repairing the resulting damage to cardiac tissue. After a heart attack, scar tissue develops, which diminishes muscle function and leads to heart failure. This is where VentriGel comes in. Once injected in damaged cardiac muscle, VentriGel forms a scaffold that acts as a reparative environment where healthy cells migrate, leading to increases in cardiac muscle, less scar tissue, and improvements in heart function.

VentriGel was invented by Christman and her team, then licensed from UC San Diego and developed by Ventrix, Inc, which was cofounded by CEO Adam Kinsey and Christman.

VentriGel is made from cardiac connective tissue taken from pigs, which is stripped of heart muscle cells through a cleansing process. It is then freeze-dried and milled into powder form, and then liquefied into a fluid that can be easily injected into heart muscle in a minimally invasive procedure that does not require surgery. Once it hits body temperature, the liquid turns into a semi-solid, porous gel.

The Phase 1 trial evaluated the gel in 15 patients who sustained moderate damage in the left ventricle chamber of the heart following a heart attack. Each patient received up to 18 injections of VentriGel into the damaged region via catheter. Researchers followed the patients for six months after treatment. All patients completed the full follow-up.

Twelve of the 15 patients were men. All 15 were experiencing mild to moderate heart failure following a heart attack. Half had suffered a heart attack within the past year.

Patients took a six-minute walking test as well as a heart function assessment and a heart health questionnaire before the injections. They retook the tests three and six months later. In addition, patients underwent an MRI at three and six months after the procedures.

Ventrix is now gearing up for a Phase 2 clinical trial that will expand on this successful first-in-human study. They are planning a larger, randomized trial that will evaluate how effectively VentriGel can improve cardiac function and quality of life for patients experiencing heart failure.

AMK and KLC are co-founders; JAD, PC, and KLC are consultants; AMK and KLC are board members; AMK is an employee; and ND, JAD, AMK, and PC hold equity interest in Ventrix, Inc. ND is owner of Tri LLC and UltraNav Medical LLC and consultant for BDS and CSI. The remaining authors have nothing to disclose. 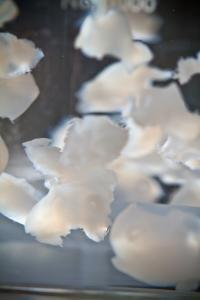