The Gastropoda, more commonly known as snails and slugs, are a large group of animals within the phylum Mollusca. Gastropоds species are extremely diverse in forms and sizes, ranging from microscopic to large. About 50 species of snails are currently considered to inhabit Skadar Lake, the largest on the Balkan Peninsula. The Bojana River connects the lake with the Adriatic Sea, and the Drin River provides a link with the Ohrid Lake.

Scientists Vladimir Pešić from the University of Montenegro and Peter Glöer from the Biodiversity Research Laboratory have recently discovered the new snail species Karucia sublacustrina. The new species inhabits the ancient lake of Skadar that is situated at the border between Montenegro and Albania.

"Ancient lakes are among the most vulnerable and threatened ecosystems, and their faunas are frequently under extreme anthropogenic pressure. The small range of many endemic species living in the Skadar Lake system - together with ever increasing human pressure - make its fauna highly endangered. This becomes even more important in light of ongoing eutrophication, pollution and sand and gravel exploration activities in the lake and its basin. Therefore, knowledge on their inhabitants are of primary importance for timely and efficient conservation and preservation", says the lead author Vladimir Pešić.

These circumstances and the reported decline in endemic gastropod diversity should trigger efforts to save this sensitive lake ecosystem. The IUCN Red List of Threatened Species includes 21 endemic species from the Skadar Lake basin. Six of them are assessed as Critically Endangered and nine are listed as Endangered. All this comes to say that being such a valuable biodiversity location, Skadar Lake must be preserved together with its endemic biota.

The splendid Skadar Lake (Montenegro and Albania), surprises with new species of snails 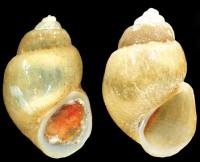 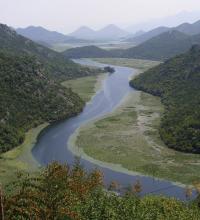