In the first study to look at would-be diseases carried by New York City rats, scientists at the Center for Infection and Immunity at Columbia University's Mailman School of Public Health identified bacterial pathogens, including E. coli, Salmonella, and C. difficile, that cause mild to life-threatening gastroenteritis in people; Seoul hantavirus, which causes Ebola-like hemorrhagic fever and kidney failure in humans; and the closest relative to human hepatitis C. Results appear in the journal mBio.

The researchers trapped 133 Norway rats at 5 sites in New York City, focusing on rats trapped inside residential buildings. In the lab, targeted molecular assays confirmed the presence of 15 of the 20 bacterial and protozoan pathogens they looked for and one virus: Seoul hantavirus was present in eight rats. It is the first time the virus has been documented in New York City, and genetic clues suggest that it may be a recent arrival. Human infection has been associated with multiple cases of hemorrhagic fever with renal syndrome, and chronic renal disease in Maryland and Los Angeles. The virus has also been implicated in cases of hypertension.

It is unknown how often humans become sick from rats and what viruses cross over, but according to first author Cadhla Firth, PhD, transmission could happen in any number of ways. Rats leave behind quantities of the pathogens in saliva, urine, or feces that people or their pets come in contact with.

"New Yorkers are constantly exposed to rats and the pathogens they carry, perhaps more than any other animal," explains Dr. Firth, who conducted the study as a research scientist at Columbia's Center for Infection and Immunity. "Despite this, we know very little about the impact they have on human health. "

High throughput screening methods developed by the Center for Infection and Immunity employed to test for the presence of known and unknown microbes identified 18 novel viruses, including two rat hepaciviruses dubbed NrHV-1 and NrHV-2. Although these are not the closest relatives to human hepatitis C discovered, the identification of these viruses in a species commonly used in medical research is extremely important, the researchers say. Notably, the two viruses replicate naturally in the animal's liver, which suggests that their lifecycle is similar to human hepatitis C virus.

"With the loss of the chimpanzee model for hepatitis C, the availability of an animal model that has fidelity to the human model is extremely important to efforts to develop drugs and vaccines," says senior author W. Ian Lipkin, MD, John Snow Professor of Epidemiology and director of the Center for Infection and Immunity at Columbia's Mailman School, who has discovered more than 600 viruses over the course of his career.

An estimated 3.2 million Americans and 130-150 million people worldwide have a chronic hepatitis C virus infection, which can lead to liver cancer and cirrhosis.

Rats as Sentinels for Human Disease

The study developed out of conversations between Dr. Lipkin and the late Joshua Lederberg, a molecular biologist and Nobel laureate. The two scientists wanted to study rats in New York City to have a point of comparison in case a pathogen crossed over and caused a human outbreak. "It started as a biodefense initiative," says Dr. Lipkin. "If we are to pick up something that is a novel threat to public health, we have to know the baseline microflora."

Dr. Lipkin continues: "Rats are sentinels for human disease. They're all over the city; uptown, downtown, underground. Everywhere they go, they collect microbes and amplify them. And because these animals live close to people, there is ample opportunity for exchange."

Continual monitoring of the rat population is needed along with studies in people to understand how the animals and the microbes they carry make us sick, Dr. Lipkin notes. With modern disease surveillance methods, a repeat of the rat-borne Black Death, which killed as much as 60 percent of the population of 14th Century Europe, or a similar outbreak need not happen.

Rats of New York and the diseases they carry 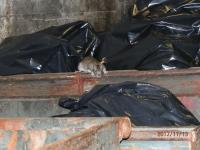 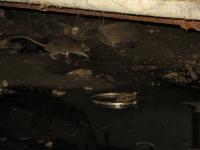