Barcelona, Spain, 30 September 2019 - Patients with mesothelioma may gain similar benefit from immunotherapy as chemotherapy, and good responders may provide important clues to novel treatment for the thousands of new cases each year. Data from the PROMISE-meso trial presented at the ESMO Congress 2019 highlight the need to understand the biological mechanisms whereby mesothelioma, which is incurable, adapts to immunotherapy in some patients but not in others, resulting in variations in treatment response. (1,2)

PROMISE-meso compared the effects of immunotherapy with the checkpoint inhibitor, pembrolizumab, and standard chemotherapy after patients with mesothelioma relapsed on or after first-line treatment.

"In PROMISE-meso, nearly four times more patients responded to immunotherapy than standard chemotherapy, but unfortunately these responses did not delay progression or improve survival. These findings are disappointing but, as in previous studies, some patients benefitted from immunotherapy for long periods. If we can find out how this happens, we will have a better idea of which patients should preferentially receive this treatment over chemotherapy," said study author Dr Sanjay Popat, Royal Marsden Hospital NHS Foundation Trust, London, UK. "Nevertheless, whilst pembrolizumab was not superior to chemotherapy, survival was similar, and so pembrolizumab may represent an alternative."

Popat explained that new checkpoint inhibitor studies are needed in patients with earlier stages of mesothelioma than those in PROMISE-meso. Studies also need to investigate the potential of combining immunotherapy with other anti-cancer drugs.

"In studies of lung cancer, we have already learned that we can improve results with immunotherapy by combining it with chemotherapy and the same may be true with mesothelioma. I would advise clinicians to enroll their patients into one of the large ongoing trials of first-line combination treatment so we can get answers as soon as possible about how to improve mesothelioma treatment," said Popat. "Meanwhile, we need to better understand which patients benefit most from immunotherapy."

Mesothelioma is a rare but fatal form of thoracic cancer that is diagnosed in more than 30,000 people per year and kills over 25,000. (3) Over 80% of cases arise from exposure to asbestos fibres which cause long term inflammation in the mesothelial cells of the lung, slowly leading to cancerous changes 20-50 years later. (4) The incidence of mesothelioma has fallen in Australia, the USA and Western Europe, where asbestos or strict regulations were introduced in the 1970s and 1980s. (5) Deaths in the USA have gradually decreased compared with Western Europe where mortality is relatively stable. (6) Deaths in Eastern Europe appear to be rising, possibly due to later asbestos bans, and rates are also rising in Japan due to historical asbestos imports. (6)

"The worldwide number of deaths is expected to rise as people exposed to asbestos before it was banned continue to be diagnosed many years later," said Dr. Federica Grosso, Mesothelioma and Rare Cancers Unit, Azienda Ospedaliera SS Antonio e Biagio e Cesare Arrigo, Alessandria, Italy. "In some 'hotspots' such as Casale Monferrato in Italy which had the largest asbestos plant in the world until it was closed in 1987, mesothelioma diagnosis and death are common. In a population of 35,000, there are approximately 50 cases per year - an incidence more than 20 times higher than in the rest of the country."

"Mesothelioma is a huge problem because asbestos powder from the plants pollutes large areas. It isn't just people who worked in the plant who are being diagnosed, it is their families and unrelated people, some of whom are only 40-50 years old - much younger than we would expect to see with mesothelioma," she pointed out.

"A similar situation of environmental exposure was recently reported in Sibate (Colombia) where a plant was closed only a few years ago and many cases of mesothelioma are being diagnosed. Unfortunately, we can expect to see an increase in mesothelioma in countries where asbestos is still used for many years to come," she added. "Asbestos has been totally or partially banned in only 66 nations worldwide, most of them high-income countries, and most of the cur-rent consumption and production is concentrated in lower and middle income countries."

Grosso explained that treatment of mesothelioma is limited, with the only approved regimen being the combination of pemetrexed and platinum derivatives. Patients generally die within two years of diagnosis. (5) There is currently no standard effective second line therapy for patients with mesothelioma. Those who respond well to pemetrexed and platinum based chemotherapy may be given a repeat course while others are usually offered drugs such as gemcitabine/vinorelbine with response rates of approximately 10%.

"Although we did not see better survival with immunotherapy in the PROMISE-meso study, the responses are encouraging and the results of the ongoing trials of checkpoint inhibitor treatment in earlier stage mesothelioma will be very important to patients and clinicians. We very much need better first and second-line treatment for mesothelioma around the world," concluded Grosso.

In the phase III PROMISE-meso trial (NCT02991482), 144 patients with advanced pre-treated mesothelioma were randomised to pembrolizumab (200 mg every three weeks) or the participating centre's choice of standard chemotherapy (gemcitabine/vinorelbine). Patients in the control group were able to cross over to pembrolizumab at progression.

About asbestos and mesothelioma (7)

Asbestos is a term for a group of minerals that were widely mined during the 20th century for use in buildings for insulation, flooring and roofing, and sprayed on ceilings and walls. Asbestos is made up of microscopic fibres which may be released into the air when asbestos is broken up. If fibres are inhaled, they can damage the two-layered membrane around the lungs and lining the rib cage called the pleura. Following exposure to asbestos, pleural cells may slowly become cancerous, either forming one large tumour or many small tumours scattered through the pleural membrane. This is mesothelioma. People who work in the building and construction industries, including carpenters, electricians, plumbers, sheet metal workers, painters and decorators, are at increased risk of exposure to asbestos and mesothelioma. Family members are also at risk as they may inhale asbestos fibres off clothing of those working with asbestos.

Symptoms of mesothelioma include breathlessness, coughing and chest pain. Although mesothelioma takes many years to appear after exposure to asbestos, it then progresses rapidly.

Conclusions: This is the first randomized trial evaluating the efficacy of P vs single agent CT in MPM pts progressing after or on previous pb CT. In unselected pts, whilst associated with an improved ORR, P does not improve PFS or OS over single agent CT.

Mesothelioma trial suggests immunotherapy as an alternative to chemotherapy 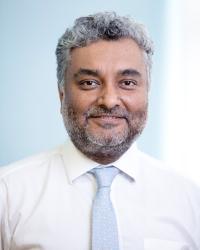