DALLAS - Aug. 30, 2018 - Scientists for the first time have used CRISPR gene editing to halt the progression of Duchenne muscular dystrophy (DMD) in a large mammal, according to a study by UT Southwestern that provides a strong indication that a lifesaving treatment may be in the pipeline.

The research published in Science documents unprecedented improvement in the muscle fibers of dogs with DMD - the most common fatal genetic disease in children, caused by a mutation that inhibits the production of dystrophin, a protein critical for muscle function.

Researchers used a single-cut gene-editing technique to restore dystrophin in muscle and heart tissue by up to 92 percent of normal levels. Scientists have estimated a 15 percent threshold is needed to significantly help patients.

"Children with DMD often die either because their heart loses the strength to pump, or their diaphragm becomes too weak to breathe," said Dr. Eric Olson, Director of UT Southwestern's Hamon Center for Regenerative Science and Medicine. "This encouraging level of dystrophin expression would hopefully prevent that from happening."

DMD, which affects one in 5,000 boys, leads to muscle and heart failure, and premature death by the early 30s. Patients are forced into wheelchairs as their muscles degenerate and eventually onto respirators as their diaphragms weaken. No effective treatment exists, though scientists have known for decades that a defect in the dystrophin gene causes the condition.

The Science study establishes the proof-of-concept for single-cut gene editing in dystrophic muscle and represents a major step toward a clinical trial. Already Dr. Olson's team has corrected DMD mutations in mice and human cells by making single cuts at strategic points of the mutated DNA.

The latest research applied the same technique in four dogs that shared the type of mutation most commonly seen in DMD patients. Scientists used a harmless virus called adeno-associated virus (AAV) to deliver CRISPR gene-editing components to exon 51, one of the 79 exons that comprise the dystrophin gene.

CRISPR edited the exon, and within several weeks the missing protein was restored in muscle tissue throughout the body, including 92 percent correction in the heart and 58 percent in the diaphragm, the main muscle needed for breathing.

"Our strategy is different from other therapeutic approaches for DMD because it edits the mutation that causes the disease and restores normal expression of the repaired dystrophin," said Dr. Leonela Amoasii, lead author of the study and Assistant Instructor of Molecular Biology in Dr. Olson's lab. "But we have more to do before we can use this clinically."

The lab will next conduct longer-term studies to measure whether the dystrophin levels remain stable and to ensure the gene edits do not have adverse side effects.

Dr. Olson hopes the next step beyond dogs is a clinical trial, which would be among several that UT Southwestern's gene therapy center aims to launch in the coming years to address numerous deadly childhood diseases.

In the meantime, Dr. Olson's recent work has spawned a biotechnology company, Exonics Therapeutics Inc., which is working to further optimize and bring this technology to the clinic. Exonics intends to extend the approach to additional DMD mutations, as well as other neuromuscular diseases. Exonics has licensed the technology from UT Southwestern.

Dr. Olson is Professor and Chair of Molecular Biology at UT Southwestern. He holds the Pogue Distinguished Chair in Research on Cardiac Birth Defects, the Robert A. Welch Distinguished Chair in Science, and the Annie and Willie Nelson Professorship in Stem Cell Research. He is also the scientific founder of Exonics Therapeutics, launched in February 2017 to advance and commercialize his research.

The study was supported, in part, by Exonics Therapeutics Inc. and grants from the National Institutes of Health, the Senator Paul D. Wellstone Muscular Dystrophy Cooperative Research Center, and the Robert A. Welch Foundation.

The study includes other disclosures.

UT Southwestern, one of the premier academic medical centers in the nation, integrates pioneering biomedical research with exceptional clinical care and education. The institution's faculty has received six Nobel Prizes, and includes 22 members of the National Academy of Sciences, 16 members of the National Academy of Medicine, and 15 Howard Hughes Medical Institute Investigators. The faculty of more than 2,700 is responsible for groundbreaking medical advances and is committed to translating science-driven research quickly to new clinical treatments. UT Southwestern physicians provide care in about 80 specialties to more than 105,000 hospitalized patients, nearly 370,000 emergency room cases, and oversee approximately 2.4 million outpatient visits a year. 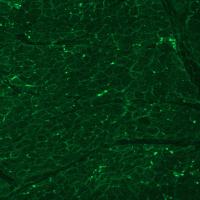 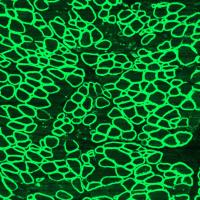