The Indonesian island of Sulawesi has been long known for its enigmatic fauna, including the deer-pig (babirusa) and the midget buffalo. However, small insects inhabiting the tropical forests have remained largely unexplored.

Such is the case for the tiny weevils of the genus Trigonopterus of which only a single species had been known from the island since 1885. Nevertheless, a recent study conducted by a team of German and Indonesian scientists resulted in the discovery of a total of 103 new to science species, all identified as Trigonopterus. The beetles are described in the open-access journal ZooKeys.

"We had found hundreds of species on the neighboring islands of New Guinea, Borneo and Java - why should Sulawesi with its lush habitats remain an empty space?" asked entomologist and lead author of the study Dr Alexander Riedel, Natural History Museum Karlsruhe (Germany).

In fact, Riedel knew better. Back in 1990, during a survey of the fauna living on rainforest foliage in Central Sulawesi, he encountered the first specimens that would become the subject of the present study. Over the next years, a series of additional fieldwork, carried out in collaboration with the Indonesian Institute of Sciences (LIPI), managed to successfully complete the picture.

"Our survey is not yet complete and possibly we have just scratched the surface. Sulawesi is geologically complex and many areas have never been searched for these small beetles," said Raden Pramesa Narakusumo, curator of beetles at the Museum Zoologicum Bogoriense (MZB), Indonesian Research Center for Biology.

Why have all these beetles remained overlooked for so long?

Unlike the all-time favourite stag beetles or jewel beetles, tiny beetles that measure no more than 2-3 millimeters seem to have been attracting little interest from entomologists. Their superficial resemblance does not help identification either.

In fact, the modern taxonomic approach of DNA sequencing seems to be the only efficient method to diagnose these beetles. However, the capacity for this kind of work in Indonesia is very limited. While substantial evidence points to thousands of undescribed species roaming the forests in the region, there is only one full-time position for a beetle researcher at the only Indonesian Zoological Museum near Jakarta. Therefore, international collaboration is crucial.

Coming up with as many as 103 novel names for the newly described species was not a particularly easy task for the researchers either. While some of the weevils were best associated with their localities or characteristic morphology, others received quite curious names.

A small greenish and forest-dwelling species was aptly named after the Star Wars character Yoda, while a group of three species were named after Asterix, Obelix and Idefix - the main characters in the French comics series The Adventures of Asterix. Naturally, Trigonopterus obelix is larger and more roundish than his two 'friends'.

Additionally, the names of four of the newly described beetles pay tribute to renowned biologists, including Charles Darwin (father of the Theory of Evolution), Paul D. N. Hebert (implementer of DNA barcoding as a tool in species identification) and Francis H. C. Crick and James D. Watson (discoverers of the structure of DNA).

Back in 2016, in another weevil discovery, Dr Alexander Riedel and colleagues described four new species from New Britain (Papua New Guinea), which were also placed in the genus Trigonopterus. Similarly, no weevils of the group had been known from the island prior to that study. Interestingly, one of the novel species was given the name of Star Wars' Chewbacca in reference to the insect's characteristically dense scales reminiscent of Chewie's hairiness. Again, T. chewbacca and its three relatives were described in ZooKeys.

On the origin of Trigonopterus weevils

Sulawesi is at the heart of Wallacea, a biogeographic transition zone between the Australian and Asian regions. The researchers assume that Trigonopterus weevils originated in Australia and New Guinea and later reached Sulawesi. In fact, it was found that only a few populations would one day diversify into more than a hundred species. A more detailed study on the rapid evolution of Sulawesi Trigonopterus is currently in preparation.

To help future taxonomists in their work, in addition to their monograph paper in ZooKeys, the authors have uploaded high-resolution photographs of each species along with a short scientific description to the website Species ID.

"This provides a face to the species name, and this is an important prerequisite for future studies on their evolution," explained the researchers.

"Studies investigating such evolutionary processes depend on names and clear diagnoses of the species. These are now available, at least for the fauna of Sulawesi."

Star Wars and Asterix characters amongst 103 beetles new to science from Sulawesi, Indonesia 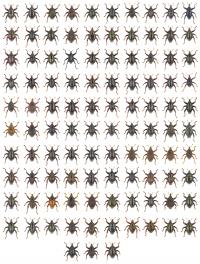 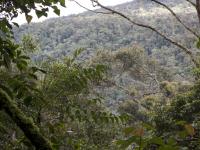