On October 13, 2014 something very strange happened to the camera aboard NASA's Lunar Reconnaissance Orbiter (LRO). The Lunar Reconnaissance Orbiter Camera (LROC), which normally produces beautifully clear images of the lunar surface, produced an image that was wild and jittery. From the sudden and jagged pattern apparent in the image, the LROC team determined that the camera must have been hit by a tiny meteoroid.

During LROC's development, a detailed computer model was made to insure the NAC would not fail during the severe vibrations caused by the launch of the spacecraft. The computer model was tested before launch by attaching the NAC to a vibration table that simulates launch. The camera passed the test with flying colors, proving its stability.

Using this detailed computer model, the LROC team ran simulations to see if they could reproduce the distortions seen on the October 13 image and determine the size of the meteoroid that hit the camera. They estimate the impacting meteoroid would have been about half the size of a pinhead (0.8mm), assuming a velocity of about 4.3 miles (7 kilometers) per second and a density of an ordinary chondrite meteorite (2.7 grams/cm3).

"A meteoroid impact on the LROC NAC reminds us that LRO is constantly exposed to the hazards of space," says Noah Petro, deputy project scientist from NASA Goddard. "And as we continue to explore the moon, it reminds us of how precious are the data that is being returned." 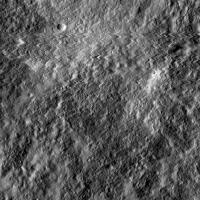 Image Recording the Moment the Left NAC Was Struck