Minneapolis, MN - Sept. 7, 2016 - Atrial fibrillation (AF) is a condition in which the upper chambers of the heart contract in a way that's out of sync with the lower chambers, causing an irregular heartbeat and poor blood flow to the body. This leads to increased risk for blood clots in the heart, stroke and heart failure. The CDC estimates that up to 6 million Americans have a form of AF, a number which is expected to rise as the population ages. A common form of AF is postoperative atrial fibrillation (POAF), which occurs in patients who have undergone surgery. This can lead to lengthened hospital stays, complications and mortality.

The Minneapolis Heart Institute Foundation (MHIF) recognized that the occurrence of POAF under traditional surgical protocols was not preventing or reducing the number of POAF patients. A team, led by Principal Investigators Timothy Henry, MD, and Craig Strauss, MD, MPH, was tasked with investigating whether the protocols could be changed in such a way that POAF could be reduced. They reviewed existing literature and protocols as well as data from electronic medical records (EMR), which indicated that POAF occurs in nearly 30% of cardiovascular surgery cases. The highest incidences occurred in people over the age of 70 with left atrial enlargement and hypertension.

A new protocol was developed and entered in the EMR, advising physicians and surgeons to look for patients eligible to receive the prophylactic amiodarone that can treat and prevent AF. Part of the investigation was to determine how the use of the EMR in such a way could be leveraged to both identify prospective patients and to inform physicians of this development.

The new protocol was launched in April 2013, and through the end of 2013 there were 157 elective cardiac surgeries. Of those, some patients were pre-evaluated and treated with amiodarone; some were pre-evaluated but not treated; and the remaining patients were neither pre-evaluated nor treated. The first group had a reduced occurrence of POAF, from an expected 38% to 11%, while the other groups did not experience that reduction. Such a reduction drives significant forecasted savings. For example, if the protocol were fully implemented across the study location, it could potentially reduce hospital days associated with POAF by 110 days per year, representing nearly $250,000. Multiply that out across the country, and the health care cost savings becomes even more significant.

These preliminary results indicate the possibility that changing the protocol can reduce POAF, offering improved outcomes for the patients. In addition, it identifies the potential to significantly reduce healthcare costs. Finally, it establishes a process for protocol review that can become a model for other protocol reviews, including those involved with mining EMR for potential solutions to health-related problems.

"We are proud to be on the forefront of not only improving outcomes for patients, but also driving towards the triple aim of healthcare by reducing costs and improving care," said Dr. Henry.

About the Minneapolis Heart Institute Foundation®

The Minneapolis Heart Institute Foundation (MHIF) strives to create a world without heart and vascular disease. To achieve this bold vision, it is dedicated to improving the cardiovascular health of individuals and communities through innovative research and education.

Minneapolis Heart Institute® physicians provide care for patients at Abbott Northwestern Hospital in Minneapolis and at 38 community sites across Minnesota and western Wisconsin. 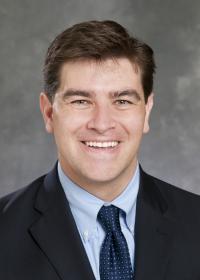