Researchers from Sweden's Chalmers University of Technology and the University of Gothenburg present a new method which can double the energy of a proton beam produced by laser-based particle accelerators. The breakthrough could lead to more compact, cheaper equipment that could be useful for many applications, including proton therapy.

Proton therapy involves firing a beam of accelerated protons at cancerous tumours, killing them through irradiation. But the equipment needed is so large and expensive that it only exists in a few locations worldwide.

Modern high-powered lasers offer the potential to reduce the equipment's size and cost, since they can accelerate particles over a much shorter distance than traditional accelerators - reducing the distance required from kilometres to metres. The problem is, despite efforts from researchers around the world, laser generated proton beams are currently not energetic enough. But now, the Swedish researchers present a new method which yields a doubling of the energy - a major leap forward.

The standard approach involves firing a laser pulse at a thin metallic foil, with the interaction resulting in a beam of highly charged protons. The new method involves instead first splitting the laser into two less intense pulses, before firing both at the foil from two different angles simultaneously. When the two pulses collide on the foil, the resultant electromagnetic fields heat the foil extremely efficiently. The technique results in higher energy protons whilst using the same initial laser energy as the standard approach.

"This has worked even better than we dared hope. The aim is to reach the energy levels that are actually used in proton therapy today. In the future it might then be possible to build more compact equipment, just a tenth of the current size, so that a normal hospital could be able to offer their patients proton therapy," says Julien Ferri, a researcher at the Department of Physics at Chalmers, and one of the scientists behind the discovery.

The unique advantage of proton therapy is its precision in targeting cancer cells, killing them without injuring healthy cells or organs close by. The method is therefore crucial for treating deep-seated tumours, located in the brain or spine, for example. The higher energy the proton beam has, the further into the body it can penetrate to fight cancer cells.

Although the researchers' achievement in doubling the energy of the proton beams represents a great breakthrough, the end goal is still a long way off.

"We need to achieve up to 10 times the current energy levels to really target deeper into the body. One of my ambitions is to help more people get access to proton therapy. Maybe that lies 30 years in the future, but every step forward is important," says Tünde Fülöp, Professor at the Department of Physics at Chalmers.

Accelerated protons are not only interesting for cancer treatment. They can be used to investigate and analyse different materials, and to make radioactive material less harmful. They are also important for the space industry. Energetic protons constitute a large part of cosmic radiation, which damages satellites and other space equipment. Producing energetic protons in the lab allows researchers to study how such damage occurs, and to develop new materials which can better withstand the stresses of space travel.

Together with research colleague Evangelos Siminos at the University of Gothenburg, Chalmers researchers Julian Ferri and Tünde Fülöp used numerical simulations to show the feasibility of the method. Their next step is to conduct experiments in collaboration with Lund University.

"We are now looking at several ways to further increase the energy level in the proton beams. Imagine focusing all the sunlight hitting the Earth at a given moment onto a single grain of sand - that would still be less than the intensity of the laser beams that we are working with. The challenge is to deliver even more of the laser energy to the protons." says Tünde Fülöp.

The research has been financed by the Knut and Alice Wallenberg Foundation, within the framework for the project "Plasma based compact ion sources". (Link in Swedish)

Other financiers include the European Research Council and the Swedish Research Council. The simulations have been done at the national data centre Chalmers Centre for computational Science and Engineering. (C3SE) 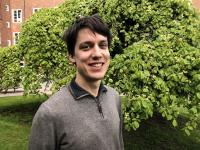 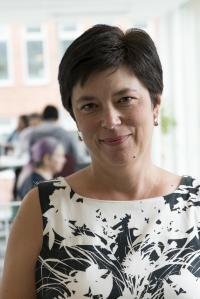