A pioneering AAAS program that provides technical expertise to human rights groups is helping Amnesty International USA with a new online effort to monitor threatened settlements in the war-torn Darfur region of Sudan and provide evidence of destroyed villages.

High-resolution commercial satellite images, analyzed by AAAS researchers, will be posted after 12:01 a.m. U.S. Eastern Time Wednesday, 6 June to Amnesty International’s new "Eyes on Darfur" Web site (www.eyesondarfur.org). The project is at the forefront of efforts by human rights groups to use satellite cameras to help protect vulnerable populations. It will allow computer users around the globe to visually track the status of settlements Amnesty International considers possible targets of attack.

The new site includes up-to-date images on 12 intact but vulnerable villages as well as archival satellite photos documenting the destruction of a dozen settlements in Darfur since January 2005. Lars Bromley, project director for the AAAS Science and Human Rights Program, said the commercially available photos can show objects as small as two feet across, sufficient to show destruction of huts and other structures.

"We provide the geospatial support," Bromley said. "We’re just providing a new form of content," but content can have dramatic impact. "By analyzing geospatial images, we can see that whole villages, some with more than 1,000 homes, have been destroyed" since the beginning of 2005, Bromley said. The images also show the appearance of makeshift settlements of displaced persons in close proximity to the small contingent of African Union monitoring forces in Darfur.

AAAS is a nonprofit, non-advocacy group, Bromley said, but it has long sought ways to use scientific methods, including forensic sciences and statistics, to help advance human rights.

Although the Sudanese government signed a peace agreement with the main rebel group in May 2006, the violence in the Darfur has continued. Pro-government Arab militias called janjaweed have been accused of genocide against non-Arab Africans who live in the region.

The new online monitoring program, which Amnesty International officials hope will increase pressure on Sudanese President Omar al-Bashir to help end the violence, was funded by the Save Darfur Coalition. The nonprofit advocacy group has been urging the United States and others to back a larger multinational peacekeeping force in Darfur.

The Eyes on Darfur Web site will be launched 6 June to coincide with a presentation on the project during the Fifth International Symposium on Digital Earth on the campus of the University of California, Berkeley. Ariela Blatter, director of crisis prevention and response for Amnesty International USA, and Bromley of AAAS will discuss the project during a session from 2:00 to 3:30 p.m., U.S Pacific Time.

The Darfur images are being collected by a AAAS program, begun in January 2006, that has been exploring how satellite imagery and other cutting-edge geospatial technologies can be used to help assess human rights violations and stop others before they occur. The program received a one-year pilot grant from the John D. and Catherine T. MacArthur Foundation and that recently was renewed for three years.

"The imaging initiative is an excellent example of how science and technology can be applied to help expose human rights violations," said Mona Younis, director of the Science and Human Rights program at AAAS. "The project is the latest in a 30-year effort by AAAS that has included documenting atrocities from Guatemala to Kosovo, while also working to promote basic human rights worldwide."

Last year, the imaging program -- in cooperation with Amnesty International in London and the Zimbabwe Lawyers for Human Rights -- produced satellite images showing strong evidence the government of Zimbabwe had destroyed a settlement west of Harare and relocated thousands of residents as part of a political campaign against opponents.

For the Eyes on Darfur project, Amnesty International researchers provide Bromley with the names of villages of interest, gathered from media reports and other sources. Geospatial coordinates for the villages rarely are available. Also, the spelling of place names can vary or names can be changed altogether after a village is overrun. "The process is laborious." Bromley said. Even when village locations are mapped, archival satellite images may not be available for a specific locale and time. When trying to document a past incident, it is crucial that there be images available before and after the attack.

The archival section of the new online site shows the sort of destruction that already has occurred throughout Darfur. A village called Donkey Dereis, in south Darfur, was intact when photographed at the end of 2004. An image two years later shows the near total destruction of the village, with 1,171 homes classified as "definitely destroyed." Most of the huts have disappeared, Bromley said, and homestead areas have become overgrown with vegetation.

Photos in 2004 of an area called Ishma show a series of villages that were destroyed or heavily damaged during a road clearing operation. One of the villages is essentially gone. "It was just scorched out of the area," Bromley said.

Some of the archival images starkly show the movement of displaced persons in the area. While many have fled to refugee camps in eastern Chad, makeshift settlements also have grown within Darfur. A plain outside the city of Tawilla is empty in 2003. By the end of 2004, some scattered huts have appeared and by February, 2006, hundreds of structures are crammed up against the wall of a base occupied by a small monitoring force from the African Union.

The sites that will be monitored for any evidence of violent change include a settlement in northern Darfur called Malam el Hosh that is in a very dry, arid location. Nearby is a fairly large water source-essentially a village well-that might be attractive to militias.

In addition to Amnesty International USA, the AAAS geospatial imaging program’s partners include the U.N. Special Advisor for the Prevention of Genocide; the National Resources Defense Council; the U.S. Holocaust Memorial Museum; the U.S. Campaign for Burma and EQUITAS, the international center for human rights education. Three satellite image companies -- DigitalGlobe in Longmont, Colorado, GeoEye in Dulles, Virginia and ImageSat in Netherlands Antilles -- have provided images at discounted prices. In addition to Zimbabwe and Darfur, the AAAS program also has done some work on Lebanon and will be turning its attention to Burma (also known as Myanmar).

The Eyes on Darfur project largely involves providing technical expertise and analysis with techniques that are now mature, Bromley said. In the coming months, the AAAS program will explore other imagery tools that might be useful for human rights monitoring, including sensors that can pick up use of fire in conflicts or night-time light monitors that can detect habitation patterns.

The American Association for the Advancement of Science (AAAS) is the world’s largest general scientific society, and publisher of the journal, Science (www.sciencemag.org). AAAS was founded in 1848, and has 262 affiliated societies and academies of science, serving 10 million individuals. Science has the largest paid circulation of any peer-reviewed general science journal in the world, with an estimated total readership of 1 million. The non-profit AAAS (www.aaas.org) is open to all and fulfills its mission to "advance science and serve society" through initiatives in science policy, international programs, science education and more. For the latest research news, log onto EurekAlert!, www.eurekalert.org, the premier science-news Web site, a service of AAAS. 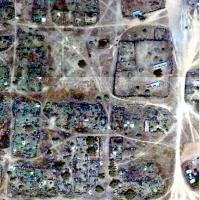 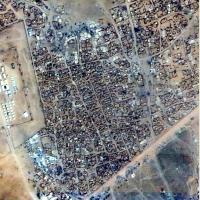