Nature is full of colour. For flowers, displaying colour is primarily a means to attract pollinators. Insects use their colour vision not only to locate the right flowers to feed on but also to find mates. The evolutionary interaction between insects and plants has created complex dependencies that can have surprising outcomes. Casper van der Kooi, a biologist at the University of Groningen, uses an interdisciplinary approach to analyse the interaction between pollinators and flowers. In January, he was the first author of two review articles on this topic.

Bees and other insects visit flowers to feed on nectar and pollen. In exchange for these goodies, they assist the reproduction of these plants by pollinating their flowers. That is the simple and slightly romantic view of pollination. The reality, however, is full of deception, chemical warfare and biomechanical trickery. 'The combination of chemistry and physics with evolutionary biology has broadened our view of pollination,' says Van der Kooi.

He is the first author of a review article on the evolution of colour vision in insects, which was published in the January 2021 volume of Annual Review of Entomology, and of a second review on the 'arms race' between plants and pollinators, which appeared on 25 January in Current Biology.

'For many insect families, we know very little about how they see colours,' says Van der Kooi. Bees have been studied in great detail but much less is known about colour vision in flies, even though many of their families, such as hoverflies, are very important pollinators. 'They are difficult to study and to keep in the lab and the anatomy of their eyes is more complicated,' explains Van der Kooi. 'Furthermore, some long-standing ideas on fly vision have recently been overturned.'

Van der Kooi and his co-authors tabulated which wavelengths can be seen by different insect species. 'Basically, insect colour vision occurs at wavelengths between 300 and 700 nanometres. Most photoreceptors in insect eyes detect ultraviolet, blue and green light but there is great diversity.' Insects evolved colour vision before the first flowers appeared. 'The pigments in flowers appear to be fine-tuned to be visible to pollinators. But of course, insects have subsequently co-evolved.'

Apart from colour, plants use scent to attract insects to the food that they provide. As production of nectar and pollen is costly, plants need to protect themselves from robbers, which eat the food but do not pollinate the flowers. This is the topic of the second review paper. 'This paper shows a huge diversity in the relationship between plants and pollinators, from real mutualism to outright abuse.' Some plants do not provide any food at all. 'Others have pollen or nectar that is toxic to most bee species. Only specific species can actually digest this food.'

Pollinators also have their own agenda. 'One particular plant is pollinated by moths in early spring. The moth also lays eggs on the plant and later in the year, the caterpillars will eat parts of it. Around that time, the main pollinators for this plant are flies.' This is one example of the complex relationship between plants and pollinators. 'There can be seasonal differences but the relationship can also be different in different locations - there is variation in time and space and through different biological interactions,' says Van der Kooi.

The review focuses on different aspects of the complex relationship using views from chemical biology (e.g. the nutrient content of nectar or pollen), biomechanics (e.g. the barriers that flowers use to ward off unwanted insects or to make sure that pollen are dispersed by them) and sensory biology (e.g. the ways in which insects detect and recognize flowers).

Some plants, for example, many species in the potato family, have evolved the method of 'buzz-pollination', where the pollen are stored in tubes and insects need to vibrate on the flowers to release them. 'Honeybees, flies and butterflies cannot get to them but other bees such as bumblebees can shake the pollen free using their strong flight muscles.' The stiffness of the tubes, the stickiness of the pollen and the vibration frequency of the buzzing bees all play a part in this process. 'You really need tools from physics to understand their relationship.' The interdisciplinary study of insect-plant interactions is what Van der Kooi loves. He started his career using optics techniques. 'That is in part because I really like physics. But every new approach will show us new aspects of this complex relationship.'

A recent development in the field is the realization that plants are different in different geographic locations. 'A cornflower in the Netherlands is not necessarily the same as a cornflower in Italy. For example, the chemical composition of the pollen or the nectar may be different, which affects the interaction with insects.'

This has serious ramifications for attempts to boost insect numbers by creating insect havens, explains Van der Kooi: 'Sometimes, the seed mixtures for flowering strips are not sourced locally but from other countries. In that case, there may be a mismatch with the local insects, which may even harm insect numbers.' Insect havens are therefore best created using local seeds.

Both review articles stress how complicated the relationship between plants and pollinators can be. So why do plants bother? Why are they not all using wind dispersal of their pollen? 'Those are good questions,' says Van der Kooi. 'The efficiency of wind pollination is low but that is also true for animal pollination. Yet, roughly 90 per cent of plant species use the latter method, so it is a huge success.' But even this is complicated: 'Grasses use wind pollination, and in some ways, they are successful groups too. Like nearly everything in biology, the answer so often is "it depends..."'

For a brief introduction to the research interests of Casper van der Kooi, please watch this one-minute video: https://youtu.be/1x4R464gwnI

The surprises of color evolution 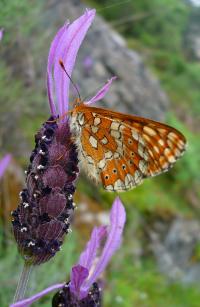 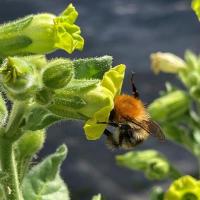