DUARTE, Calif. -- City of Hope, a world-renowned independent research and treatment center for cancer, diabetes and other life-threatening diseases, is now recruiting patients for a Phase 2 clinical trial to investigate whether pills containing white button mushroom extract could regulate the immune system, affecting prostate-specific antigen (PSA) levels to either remain stable or decline. Heightened levels of PSA in men may indicate the existence of prostate tumors.

Shiuan Chen, Ph.D., the Lester M. and Irene C. Finkelstein Chair in Biology, has been investigating the potential beneficial effects of white button mushroom (Agaricus bisporus) at City of Hope for about 20 years. His translational preclinical and clinical research has found that this "bioactive food" available in most supermarkets might prevent or slow the spread of prostate and breast cancers. The common fungus appears to block the activity of dihydrotestosterone (DHT), a strong form of the male hormone.

"White button mushroom -- like green tea, turmeric, soybean, rosemary and tomato -- has been considered a 'superfood' with positive effects on human health," said Chen, co-investigator of the clinical trial. "What we're trying to do is scientifically prove whether the hype is true. If white button mushroom can slow the progression of prostate cancer, we want to know what the active agent is and what biological mechanisms are at work."

City of Hope in Duarte, California, is leading the multisite Phase 2 clinical trial, which will also recruit patients at City of Hope community locations (South Pasadena, West Covina, Rancho Cucamonga) and at John Wayne Cancer Institute in Santa Monica. This National Cancer Institute-funded study will seek to recruit 132 male participants who have recurrent prostate cancer following local therapy or who are undergoing active surveillance and have not yet received any therapy.

"This trial may reveal a possible alternative to or may obviate or delay the need for local or salvage treatments for prostate cancer. These standard-of-care therapies may cause significant short-term and long-term side effects such as incontinence and erectile dysfunction, or weight gain, hot flashes and osteoporosis," said Clayton Lau, M.D., the Pauline & Martin Collins Family Chair in Urology and director of City of Hope's Prostate Cancer Program. Lau is principal investigator of the trial.

White button mushroom consumption seemed to stimulate the immune system into action and limited the growth of prostate cancer cells. Upon further research in the laboratory, City of Hope scientists found that white button mushrooms contain chemicals that can block the activity of the androgen receptor in animal models, indicating this common fungus could reduce PSA levels. This research was recently published in The Journal of Nutritional Biochemistry.

The objective of the Phase 2 trial is to assess if recurrent prostate cancer patients experience any PSA reduction at three months. The experimental groups will consume 14 grams of the mushroom-powder tablet per day -- roughly 2/3 of a container of white button mushrooms purchased from the supermarket. Tablets will be prepared from freeze-dried powder of white button mushrooms. Those in the control group (observation only) will be able to receive the mushroom tablet after three months.

In addition, for 12 months, the scientists will assess the relative change in PSA levels in men under active surveillance who have not received any localized prostate cancer treatment. Furthermore, scientists will look at biopsy material to identify what molecular changes are linked to intake of white button mushrooms.

People interested in enrolling in this clinical trial can visit CityofHope.org/research/find-a-clinical-trial or get details here.

City of Hope is an independent biomedical research and treatment center for cancer, diabetes and other life-threatening diseases. Founded in 1913, City of Hope is a leader in bone marrow transplantation and immunotherapy such as CAR T cell therapy. City of Hope's translational research and personalized treatment protocols advance care throughout the world. Human synthetic insulin, monoclonal antibodies, and numerous breakthrough cancer drugs are based on technology developed at the institution. Translational Genomics Research Institute (TGen) became a part of City of Hope in 2016. AccessHopeTM, a wholly owned subsidiary, was launched in 2019, dedicated to serving employers and their health care partners by providing access to City of Hope's exceptional cancer expertise. A National Cancer Institute-designated comprehensive cancer center and a founding member of the National Comprehensive Cancer Network, City of Hope is ranked among the nation's "Best Hospitals" in cancer by U.S. News & World Report. Its main campus is located near Los Angeles, with additional locations throughout Southern California and in Arizona. For more information about City of Hope, follow us on Facebook, Twitter, YouTube or Instagram. 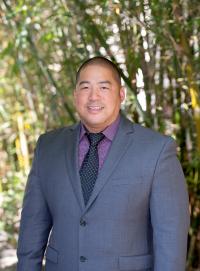